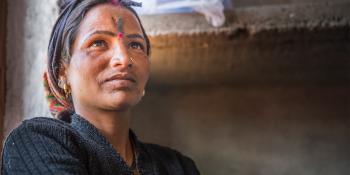 The seventh Asia-Pacific Housing Forum in September 2019 was the largest-ever with more than 2,300 participants across the main and side events. Based on the theme of “Powering collaboration for housing impact,” several recommendations were made at the close of the main forum in Bangkok. These included incorporating housing as a key component of smart and resilient cities.

This report focuses on learning from the 2015 Nepal earthquake recovery given the scale and complexity. It presents four important emerging lessons that offer insights and guidance for future disaster responses for governments and various stakeholders. Key questions are also raised to help frame further discussions.

Kerala flood response: one year on

More than 156,000 affected families were able to get back on their feet a year after heavy rains and floods struck India’s Kerala state in 2018. With funding support of more than US$10 million, Habitat India and its partners provided humanitarian aid and emergency shelter kits, conditional cash transfers, transitional and core shelters, household toilets, livelihood skills training among other assistance.

Indonesia earthquakes and tsunami: one year on

A year after Indonesia was hit by multiple disasters in 2018, Habitat for Humanity and its partners have enabled more than 5,000 earthquake-affected families in Central Sulawesi and Lombok to get back on their feet through transitional shelter, clean water and safe sanitation.

The year 2018 was known as Indonesia’s deadliest in over a decade. In response to the spate of disasters that hit the archipelago between August and December 2018, Habitat has helped more than 900 families in several communities to meet their needs for emergency shelter, clean water and safe sanitation.

This report presents the main findings of the September 2017 housing forum in Hong Kong and various preliminary events. It also unveils key trends in affordable housing for tackling challenges and leveraging opportunities.

Habitat’s one-year partnership with the Asian Tour led to massive visibility in multiple broadcast channels in more than 14 Asian countries and beyond. Not only did Asian Tour golfers lend a hand on various builds, the golf tournament’s season-long “Order of Merit” was also renamed as the “Habitat for Humanity Standings.”

Habitat for Humanity’s Terwilliger Center for Innovation in Shelter presents insights from the results of a survey of owner-driven housing construction practices, financing modalities and aspirations of low-income households in disaster-prone Cebu Province, Philippines.

Habitat for Humanity’s Terwilliger Center for Innovation in Shelter features some clients of financial institutions including those from Cambodia who have improved their quality of life in a publication marking the fifth anniversary of the center’s MicroBuild Fund.

The Impact of Housing Microfinance

Habitat for Humanity’s Terwilliger Center for Innovation in Shelter has commissioned an impact assessment study of two microfinance institutions in South India. Home improvement loans are shown to have yielded benefits such as a sense of security and pride, and improved familial relations.

Nepal earthquake: one year on

Since the devastating earthquakes in 2015, Habitat for Humanity has helped more than 43,700 families through various disaster response programs. Learn more about the long-term strategy to support recovery.

Learn more in our 2015 State of Advocacy Report (PDF, 2.5MB) about how sound policy promotes safe, decent and affordable housing.

The Report summarizes the main activities for the biennial forum, held from September 1 to 4, 2015, in Hong Kong, and at satellite locations in India and the Philippines.

From slums to sustainable communities: the transformative power of secure tenure

Produced in collaboration with Cities Alliance, the new issue paper by Habitat for Humanity addresses how security of tenure is critical to addressing the growth of urban slums, and offers recommendations for housing policy in order to transform slums into sustainable communities.

The Forum — a look at Habitat’s new strategic plan

The quarterly publication assesses Habitat’s impact in communities, sectors and societies. Nepal and Cambodia are among the case studies featured.

The forum, with the theme ‘Housing as a foundation for breaking the poverty cycle’, achieved several outcomes.

Half a year has passed since the 2009 Carter Work Project attracted thousands of volunteers to Habitat build sites across Southeast Asia and China. Read a special newsletter on what has happened to the families in those communities since then.(Published June 2010).

A comprehensive look at how Habitat for Humanity has helped some 23,500 families rebuild their lives in India, Indonesia, Sri Lanka and Thailand. The work continues. (Published January 2010)

Poverty housing in the developing nations of the Pacific Islands

Cyclone Sidr brought misery to struggling families in one of the poorest countries of the world. Find out how Habitat for Humanity transformed lives through its transitional shelter strategy. (Published February 2009).

Pakistan earthquake: challenges and innovations after the 2005 earthquake

See how transitional shelters were erected, then dismantled and rebuilt into permanent homes; with the help of mobile saw mills and Korean volunteers in a remote corner of Pakistan. (August February 2008)

A right to a decent home: mapping poverty housing in the Asia-Pacific region

From slums to sustainable communities: the transformative power of secure tenure

The Forum — a look at Habitat’s new strategic plan

Poverty Housing in the Developing Nations of the Pacific Islands

Pakistan Earthquake: Challenges and Innovations After the 2005 Earthquake

A right to a decent home

A right to a decent home - at a glance

A right to a decent home - appendix

The Impact of Housing Microfinance