What is Habitat’s Disaster Corps?

Some Habitat for Humanity volunteers will make a plan to head out to a local build on a Saturday. Others might decide on a trip abroad, putting a great deal of thought into where they would like to give their time.

Then there are the volunteers with Habitat’s Disaster Corps, whose members can be called upon in the aftermath of storms, floods or earthquakes, to go wherever they are needed. Disaster Corps members are trained to apply their professional experience and skills to disaster settings and then travel to communities like yours and around the world to provide assistance and work alongside families as they rebuild their homes and their lives.

“If we can bring some normalcy back to their life, that’s the goal,” says Dick Armstrong, a Disaster Corps volunteer and field coordinator. “We’re not the firemen; we’re not the first responders. We don’t go in and do first aid. We’re more of the long-term recovery.”

Disaster Corps volunteers provide field or technical support to help reduce the impact of disasters and prepare for future ones. They also help with such tasks as disaster preparedness, post-disaster assessment, logistics, volunteer coordination and construction management.

Armstrong recalls one trip to the Florida Keys following a storm, where he worked to help a homeowner become stable and independent again. The homeowner was a widow whose husband had served in the U.S. Navy. “She found herself sitting in her kitchen sink with her three little dogs, watching her furniture and refrigerator float around the room in the middle of the night,” he says.

After the Navy completed its initial response to her situation, Habitat came in and helped rebuild her house. “She was extremely grateful. We all had tears in our eyes,” Armstrong says of the moment when the work was complete and the woman could return to her home. Without Habitat’s work, Armstrong says, this homeowner would have had to move away from the life she’d known.

Clay and Kathy Smilie are also among the volunteers who, like so many others in the program, have served in a variety of roles. They have worked on long-term recovery planning in Pennsylvania, taken one of Habitat’s mobile response units to Texas after flooding struck communities there. While in Texas, the Smilies also assisted Habitat offices, giving support and answering questions about how to move forward.

During a trip to north Alabama following devastating tornadoes that struck the area, the Smilies helped out with construction. “Each family had an incredible story of survival,” says Clay. “The most impressive aspect of this experience was that none of the families seemed to be angry or bitter about their circumstance or what had happened to them. They were excited about having a new home in the same location and moving forward with their lives.”

Disaster Corps volunteers enjoy getting to help homeowners move forward and see an immediate and lasting impact to their work, Armstrong says. “The single aspect that I find the most rewarding is that turnover of a home, an intact home, to a family who has been traumatized by disaster — turning that home over to them whole.”

Are you interested in joining Disaster Corps or just want to learn more? Find out answers to frequently asked questions about the program. 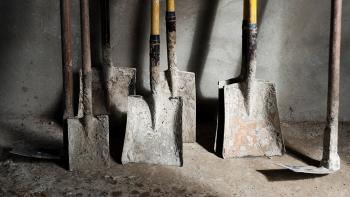 Join our Disaster Corps in the U.S. and lend your professional skills and expertise to help in post-disaster areas.