Habitat for Humanity in Korea

Habitat for Humanity began operations in Korea with the construction of the first three houses in Yangju county, Gyeonggi province, in 1994. Habitat Korea became well known after the Jimmy Carter Work Project 2001 in which more than 10,000 volunteers joined former U.S. President Jimmy Carter to build 136 homes over a week at multiple work sites in Korea. The project increased awareness of Habitat Korea’s work and as an international nonprofit organization, it supports projects and raises funds for disaster responses in the Asia-Pacific region. Since 1994, approximately 390,000 volunteers have been mobilized  through its volunteer program. With Habitat Korea’s support, a total of 5,715 new houses have been built in Korea and 57,492 decent and affordable homes have been constructed overseas. For the year ended December 31, 2018, Habitat Korea has served 9,617 people domestically through housing and engaged with 8,002 volunteers.

The housing need in Korea

Over the past few decades, Korea has significantly closed the housing gap. For many households, however, housing prices are still too high, homeownership is unaffordable and rental options are inadequate and expensive, particularly in the Seoul Metropolitan Area that houses half of the country’s population. To address the affordable housing challenge, the government’s social housing policies target vulnerable older and young people as well as newlyweds who have lower incomes. Besides partnering with those in need of decent housing, Habitat for Humanity Korea advocates for affordable homes through various campaigns.

How Habitat addresses the need in Korea

Habitat for Humanity Korea aims to solve the housing problem by building homes and healthier communities. The support of donors, volunteers and homeowners enables Habitat Korea to move closer to its vision of a world where everyone has a decent place to live. Habitat implements projects to repair the homes of vulnerable groups such as older persons  living alone, child-headed households and multicultural families as well as local children’s centers for after-school programs.  Habitat Korea also works with local governments to provide adequate shelter through low-cost housing projects.

Situated in one of the world’s most disaster-affected regions, Habitat for Humanity Korea raises funds to aid the recovery of people affected by disasters such as floods, typhoons and earthquakes. While continuing to support disaster responses in Bangladesh, Habitat Korea also focuses on domestic crises. After wildfires broke out in Goseong, Gangwon province, generous public donations enabled Habitat Korea to provide 13 affected families with mobile homes where they will reside until they rebuild their homes.

Through special events and builds, Habitat Korea highlights the need for affordable housing and the importance of volunteerism. In August 2019, the annual Korea Blitz Build attracted more than 500 volunteers. Habitat Korea began an awareness and fundraising campaign to improve the housing conditions of the descendants of those who fought for the liberation of Korea. In 2020, Habitat Korea will also continue with its advocacy campaign for children’s rights to decent housing.

Partnering with the Korea International Cooperation Agency, Habitat Korea is supporting the construction of new homes, community buildings, sanitation facilities and raising of hygiene standards in countries such as Bangladesh and Ethiopia. In the past few years, Habitat Korea has been able to assist vulnerable groups in several countries through the KOICA partnership that it is currently seeking to expand. 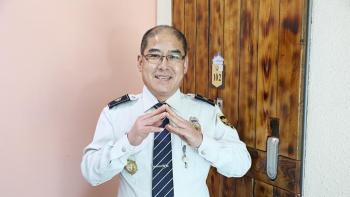 Living in a Habitat home has improved the health of Jung-bae from South Korea and given him precious memories. 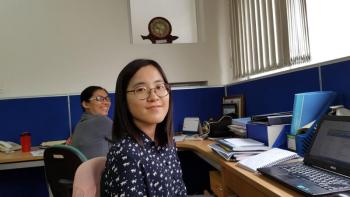 Working toward a common purpose

Su Jeong Kim shares her experience volunteering as an international volunteer for Habitat for Humanity in Vietnam.