Thirty years ago, the Carters traveled by bus from their hometown of Plains, Georgia, to New York City to help renovate an apartment building with Habitat. The sight of such powerful people humbly doing hard, sweaty labor alongside people they previously did not know struck a chord and generated much media coverage. Crowds gathered outside that apartment building and chanted, “Go, Jimmy, go!”

Since 1984, the Carters have dedicated one week each year to building with Habitat — in the rain in Milwaukee, in a field in Haiti, in inner-city Los Angeles and Philadelphia, along the hurricane-ravaged U.S. Gulf Coast, in South Africa, in Thailand and many points in between. The Carters and their legions of fellow volunteers have built, repaired and rehabilitated 3,883 homes and engaged more than 88,000 volunteers.

In 2014, the Carter Work Project headed to Dallas and Fort Worth, Texas. From Oct. 5 to 11, the former first couple and hundreds of volunteers joined families to help build 30 homes and renovate 20 others in the East Oak Cliff neighborhood of Dallas, build 20 homes in Fort Worth’s Central Meadowbrook neighborhood, and paint an additional 44 in partnership with the City of Fort Worth’s “Cowtown Brush Up” program.

“The dedication and the hard work and the ambition of homeowner families is always inspirational to us,” President Carter once said. “They work harder than anybody on the site.”

Rosalynn Carter often has echoed her husband’s sentiment that they get more out of the annual building experience than they give.

“It’s never a sacrifice,” Mrs. Carter has said. “It’s always a blessing. It just does something to your soul…to be able to help people who really need help.” 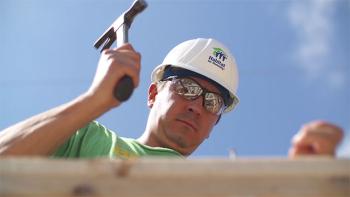 What Habitat is building in Dallas and Fort Worth

Habitat for Humanity’s long-term impact on communities is on full display in Oak Cliff Gardens, a neighborhood of 400 homes in the larger area of East Oak Cliff in Dallas, Texas.

See the invaluable connections made at the Carter Work Project

Through Habitat for Humanity’s Cars for Homes program, donated vehicles raise money to help more families. Just a few clicks online can get your donation in process. 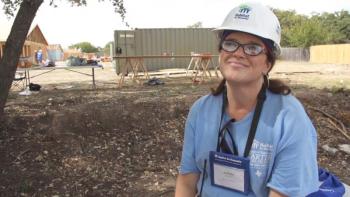 Six inspired Habitat homeowners and volunteers share why they build

Hear directly from those who have been working so hard this week, and see how the kind of change that Habitat creates reaches far beyond the build site.

Did you know? Facts and figures about this year’s Carter Work Project

Get to know this year’s Carter Work Project locations through these facts and figures. The first full week of October will be a celebration — and continuation — of the great work being done by Dallas Area Habitat for Humanity and Trinity Habitat for Humanity. See the strong foundation on which we will build.