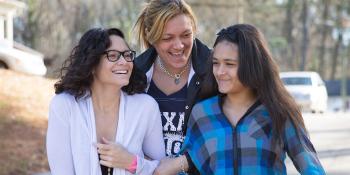 The Women Build department hosts the First Ladies Build. Women governors and first ladies from all 50 states join Habitat for Humanity to build houses with families in need.

Lowe’s signs on as Women Build’s underwriter. Home Interiors and Gifts, Inc. becomes Women Build’s major sponsor. Since 2003, the program has more than doubled in size.

Women Build’s “First Families Building Homes Across America” unites women volunteers with governors’ spouses, local and statewide leaders to construct Habitat homes in every U.S. state and the District of Columbia. Fifty-two homes are built throughout the country.

The program continued to grow across international borders, empowering women everywhere to address poverty housing for themselves, their families and their neighbors. In partnership with Lowe’s, Habitat for Humanity’s International Women Build Week was created as an annual weeklong event starting on International Women’s Day.

Due to the COVID-19 pandemic, Habitat went virtual for International Women Build Week 2021. More than 300 Habitat locations in the U.S., Canada and India organized ways for volunteers to get involved virtually to support our mission to raise awareness of the challenges women face in accessing safe, affordable housing. 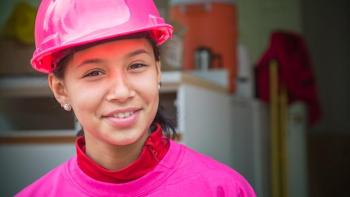 Women building, investing and advocating for simple, decent and affordable housing around the world.

Families who partner with Habitat for Humanity are extremely grateful for your help.