Canada is an ethnically diverse country with two official languages, English and French, along with over 215 other spoken languages. Canada is politically divided into 10 provinces and three territories, while being the second-largest country in the world. Canada is a country of great reserves of natural resources such as timber, petroleum, natural gas, metallic minerals and fish. Due to Canada’s northern climate, the majority of Canadians live alongside the southern border and 90% live within 160 km of the U.S border.

Habitat for Humanity Canada was founded in 1985 with its first Habitat home built in Winkler, Manitoba. In 1987 the first Habitat Canadian affiliate was started in Winnipeg, Manitoba. Habitat Canada was the first national Habitat organization outside the United States. In 1991, the first ever ReStore was launched in Winnipeg, Manitoba. As of 2019, Habitat for Humanity Canada has over 100 Habitat ReStores, all raising funds to enable more families to partner with us and access affordable homeownership. This successful social enterprise has its roots in Canada where the initial idea was created: an environmentally-friendly initiative and socially-conscious decision, diverting high quality products away from landfills. Habitat for Humanity Canada has also hosted the first international Jimmy & Rosalynn Carter Work Project in 1993 in Winnipeg, Manitoba and Waterloo, Ontario.

Habitat for Humanity Canada has 50 active Habitat affiliates across Canada, in each of the 10 provinces and all three territories, serving almost 400 communities. Each affiliate is managed by a local board of directors.

In 2019, Habitat affiliates in Canada built 267 homes alongside Habitat homeowners and volunteers, helping them achieve strength, stability and independence. Since 1985, 3,886 families in Canada have partnered with Habitat to buy their own home. Through their international support, they have helped families through new home construction, home renovations, homeownership, property rights, financial education, critical infrastructure as well as giving them skills training in employment and home maintenance. Through their Habitat for Humanity housing programs in 2019, almost 7,000 youth including Indigenous and at-risk youth, received on-the-job skills training and instruction, building confidence and leadership skills and over 39,000 volunteers helped local Habitats across Canada build homes, operate Habitat ReStores and engage their communities in the work of Habitat for Humanity. That includes over 1,200 Global Village volunteers who helped build and repair homes in over 25 countries around the world. 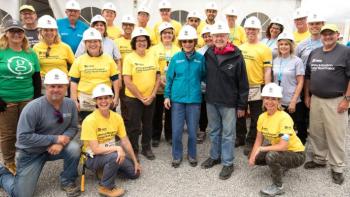 Check out this year’s house photos, featuring volunteers from the 2017 Carter Work Project in Edmonton and Winnipeg. 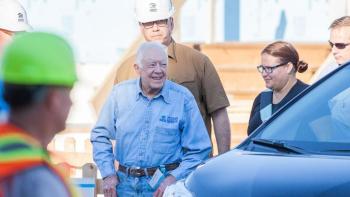 Volunteers and homeowners are showing their appreciation for the hard work that was accomplished during this year’s Carter Work Project. 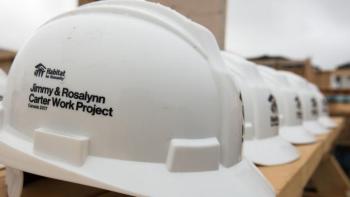 Here are just a few of our favorite news and feature stories highlighting what others are saying about this week’s Carter Work Project events across Canada. 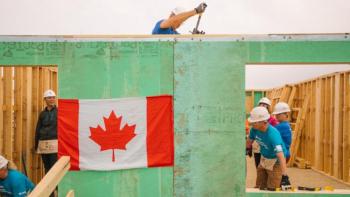 Did you know that Canada is celebrating its 150th anniversary in 2017? Find out more facts about culture, people, places and the importance of housing in Canada.