Habitat for Humanity in Tanzania

Habitat for Humanity Tanzania seeks to improve the standard of living of low-income families through enabling community members to live in decent and affordable houses. Habitat Tanzania started operations in 1986 in the Kigoma region. In June 2009, a housing microfinance product known as “Makazi Bora” was established.

The housing need in Tanzania

The housing need in Tanzania is estimated to be 3 million units with an annual increase of 200,000 units, according to Shelter Afrique, a pan-African finance institution. The housing deficit in urban Tanzania is estimated to be 1.2 million units, of which 36 percent are in the eastern city of Dar es Salaam. Moreover, income levels of most households in Tanzania are quite low; 90 percent of the population can afford less than $45 on housing per month and 68 percent can afford less than $23 (Housing Market Study, Tanzania, 2012). Financing, though relatively increasing, is not affordable to most households. It is estimated that only 3 percent of the population can afford a mortgage. In this view, it is estimated that demand for housing microfinance in Tanzania exceeds $400 million (Market Study on Housing Microfinance, Tanzania, 2012). According to UNICEF (2011) only 46 percent of the population has access to safe drinking water. Most houses have no registered title deeds.

Habitat Tanzania offers microfinance loans to low-income families so they can improve their homes. Habitat also advocates for relevant policies on housing and land ownership; supports water, sanitation and hygiene projects; and supports vulnerable groups such as widows and orphans in improving their living conditions.

Advocacy
Habitat Tanzania will participate in advocating for relevant policies that affect households in issues such as housing, land and microfinance. Habitat Tanzania is an active member of Tanzania Housing Microfinance Working Group, whose main objective is to advocate for better housing and related matters in the country.

Water, sanitation and hygiene
Habitat Tanzania will engage in a Water, Sanitation and Hygiene, or WASH, program which will be implemented in collaboration with Water Aid Tanzania.

For a long time, Elifadhili witnessed many people in his community in Tanzania walk long distances to fetch water. Elifadhili heard about Habitat Tanzania’s microloan program and approached the organization about a loan to build his own water solution.

“With a loan of US$1,000 I got from Habitat Tanzania, I managed to purchase a water tank and built a water storage facility,” Elifadhili said. “I have fixed a water tap that provides clean water to the rest of community members in my street at a very reasonable fee. Women highly appreciate my service as they no longer walk a long distance to fetch water while at the same time I gain extra income for my family”.

You can help needy Tanzanian families improve their living conditions by taking one or more of the following actions:

Donate: Go to habitat.org/donate and designate your gift to Habitat Tanzania.

Volunteer: Join one of the scheduled Global Village trips to Europe, Middle East and Africa or lead your own. Contact us to learn more: [email protected].

Tithe: All affiliate tithe gifts are sent internationally to serve families outside of the United States. To support the work of Habitat  TANZANIA, please send your tithe to: Habitat for Humanity International P.O. Box 6598 Americus, GA 31709-3498.

To learn more about Habitat projects in Tanzania please contact us: 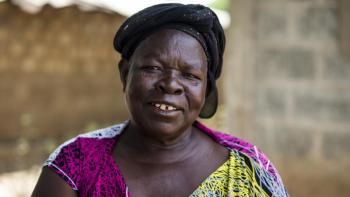 Tanzania Mortgage Refinance Company (TMRC) signed a memorandum of understanding with Habitat for Humanity International today, a first step in the organizations’ joint-effort to expand strengthen the low-income housing finance sector in Tanzania.