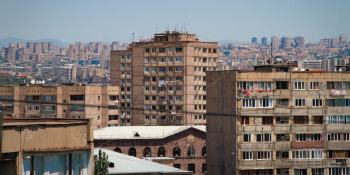 The international NGO calls for targeted measures for homeowners, after analyzing the findings of its USAID-supported Residential Energy Efficiency for Low Income Households (REELIH); a project that advocates residential energy efficiency retrofits in Armenia and Bosnia-Herzegovina.

With large-scale, pre-fabricated building blocks as the remnants of common socialist heritage, states in the SEE and CIS region face similar challenges as countries in Central and Eastern Europe. Built with little or no consideration for energy efficiency, rising utility costs account for up to 50% of the income of their residents, pushing them into energy poverty. As space and water heating of residential buildings are responsible for up to 40% of total energy consumption, energy poverty and CO2 emissions are two sides of the same coin.

Given their potential to reduce energy consumption by 40 to 50%, the business case for retrofits is compelling. The countries’ building stock and tenant structures transitioned into the mass privatization of homes in the 1990s. Without a clear framework to govern in its place, the responsibility for the building blocks’ maintenance became fragmented. Energy efficiency policies should therefore build their approach around the homeowners who, after the privatization waves, became the heart of the SEE and CIS region’s housing markets.

“We believe that homeowners should be in the center of the energy efficiency renovations as without the homeowners nothing will happen,” Torre Nelson, Area Vice President for Europe, Middle East and Africa at Habitat for Humanity, said.

To make sure that they do take the leap to retrofitting, Habitat for Humanity urges for mandatory provisions for coordinating bodies to assist homeowners’ associations in the renovation process and for a clear system of responsibilities for housing management that integrates energy efficiency into its operational practices. To reduce payback periods, this needs to go hand in hand with affordable financial mechanisms that are available to collective legal bodies such as homeowners’ associations, and with government intervention through targeted subsidies or loan guarantees.

“The EU is replenishing both financing mechanisms for energy efficiency in the Western Balkans this year to support investment in the residential sector,” Davor Kunc, Program Manager for Energy and Transport at the European Commission DG NEAR, said,

“The EU’s credit line with local commercial banks will make it 10 to 20% cheaper for an individual household to get a loan. If a resident who is part of the homeowner’s association of a multi-story building decides to undertake a comprehensive building refurbishment, he will not pay €100, but €65 to €75 instead. Altogether, EU actions will help the Western Balkans save 1.6 TWh a year, good for 4 months of electricity consumption in Albania, and achieve a 1 million ton decrease in CO2 emissions, equivalent to taking all the cars in Montenegro off the streets for a year.”

Habitat for Humanity urges the international community to support the process through knowledge exchange, stressing the need to raise awareness. The organization warns policy makers to take the link between energy efficiency and social inequality at heart, and break the vicious cycle of energy inefficiency and energy poverty.

“Despite the EU’s considerable policy expertise and strong sustainable energy industry, 10% of the EU’s population still lives in energy poverty. Energy policies and infrastructure improvement plans – especially in rural areas – need to be adjusted to local contexts. Only when the most vulnerable people are permanently lifted out of their desperate circumstances can we honestly say that we live in a society of which we can be proud,” said Tamás Meszerics, MEP for Greens/EFA.