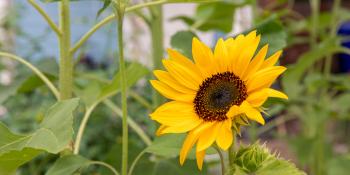 Aging in place in the Peach State

Home provides a strong sense of security and comfort — this is especially true for older adults. The desire to age in place is deeply rooted. A 2018 survey by AARP found that 76% of adults over age 50 want to remain in their current residence as they get older. But for many older Americans, their current housing isn’t suitable for their changing needs and abilities.

Through our Aging in Place program, older adults partner with Habitat for Humanity to address the issues preventing them from aging safely and comfortably in their homes. Following a thorough holistic needs assessment including a functional assessment of the activities of daily living by a health care or social services partner, the homeowner, health professional and Habitat staff collaborate on a plan of action. From exterior maintenance tasks like cleaning gutters and refreshing paint to critical interior renovations like widening doorways to accommodate mobility aids and adding handrails, each project is designed to make older adults’ daily routines easier and improve their overall quality of life.

Since the program’s launch in 2013, it has expanded across the U.S. to meet the urgent and growing need for functional, affordable and accessible senior housing. In fact, households headed by older adults now account for more than half of all the repairs completed by Habitat affiliates nationwide.

In Georgia alone, hundreds of homeowners across the state have partnered with their local Habitat to preserve their homes and their independence. Below, five homeowners from four Georgia counties share their stories of reclaiming the strength and function of home in order to age in place.

In northern Georgia, the ramp built by Greater Dalton Habitat transformed Robert and Teresa’s home from one of isolation to one of inclusion.

The improved access has made it safer for them to care for their 9-year granddaughter, Abigail, who lives with them. It has also made it possible for the couple, both in their mid-60s, to welcome in more family and friends once the pandemic passes. This includes their son-in-law and Robert’s father-in-law, who both use wheelchairs. “Now, with the ramp, they’ll be able to come over to visit us at home,” says Robert.

Prior to the ramp’s installation, the couple had largely resigned themselves to the danger their steps presented. “We were expecting the steps to just fall through at any moment,” says Teresa. “And because we weren’t in a spot — either physically or financially — to fix it, we felt like we had no way of stopping it from happening.” Noting the peril, a family member started the application process with Greater Dalton Habitat on their behalf.

The resulting partnership with Habitat to improve the accessibility of their home means Robert and Teresa can stay in place as they grow older — and provide consistency to their granddaughter as she does, too.

“We love where we live,” says Teresa. Robert agrees, noting the quiet and simplicity. “The highlight of our day is when Abigail comes home from school,” he says. The ramp gives the couple the ability to watch out for and greet her. “It allows us to get in and out so much easier,” he says. “It’s a blessing.”

“This is home,” says Terry, referring to the white single-story house in central Georgia that he shares with his dog, Lilly. Since Terry’s mother bought the house in 1965, it has served as a constant in his life. After moving out as a young man to serve 33 years with the U.S. Army, Terry moved back in after his parents passed. The home that supported him as a boy now comforts him in retirement.

But the aging house was steadily becoming unsound and unsafe. A leaking roof, uneven floors and an antiquated electrical system, complete with cloth-insulated wiring, all posed constant risks — from mold to fall to shock hazards. The absence of a functional sink and shower in the bathroom and lack of hot water throughout the house made tasks like cleaning, cooking and bathing even more of a chore. Trying to use modern appliances and electronics became a hassle, if not impossible, due to the home’s outdated outlets. Terry knew he could no longer live in the house safely, but he couldn’t manage the growing to-do list himself. That’s when he reached out to Gwinnett Habitat.

Gwinnett Habitat can keep repair costs low and help homeowners like Terry improve their homes, thanks to volunteers and local in-kind donors. Each repair is a true community endeavor to keep aging neighbors in and part of that community. To help Terry, a roofing company donated time and materials to help him repair his roof and prevent further water damage. A local business donated a new water heater. An electric company donated time and materials to replace the electrical wiring and install the water heater as well as a new breaker box to bring the home up to code. Small groups of masked staff and volunteers identified and replaced rotting support beams and water-weakened exterior walls to bolster the home’s structural strength.

Now, for the first time in five years, Terry doesn’t have to leave the house to take a warm shower. “I can shave, shower or wash the dishes with hot water any time I want without having to go to my son’s house,” he says. He doesn’t have to fear losing power or his home to his electrical system. “Before, I had to be careful using the lights,” he says. “If I turned on more than a couple of things, the electricity would blow a fuse. It was a fire hazard.” And above all, he no longer has to worry whether his home could harm him. “Now,” Terry says, “I feel safe.”

Lula contacted Habitat Effingham County after suffering a fall that left her with a broken leg and no good way to enter and exit her eastern Georgia home. “My husband, who just turned 68 himself, had to tote me down the steps if I ever went out,” she says. “It wasn’t easy on either of us.”

A frequent shopper at the local ReStore, Lula was already familiar with and a proud supporter of Habitat’s work in her community. It wasn’t until her Medicaid representative encouraged her to apply as a means to safeguard her health that she ever considered their critical repair program to increase the functionality of her own home. But she’s glad she did.

Just one week after Habitat volunteers and staff installed a ramp to help her get in and out of her home independently, Lula suffered a heart issue due to a blood clot in her injured leg. She estimates that using the ramp instead of navigating the stairs saved precious minutes while she was being transported to the emergency room. “Habitat saved my life,” Lula says. “They really did.”

Now back home and healing, the retired school sanitation worker feels safer now — even amid the pandemic. “My home is even more important now that I’m spending this much time here because of COVID,” she says. “So to be able to move around it on my own, to be self-sufficient again, it just feels great. It means a lot.”

Combined with her weekly physical therapy, the new ramp also has given Lula confidence to begin visiting her happy place: the garden. “I’m a flower freak,” she laughs. “Always messing with my flowers.” The ramp leads to her garden beds, which she hadn’t been able to tend to since her injury. “Gardening keeps me busy; it makes me smile — and thanks to Habitat I can get back to it,” says Lula. “I couldn’t be more grateful.”

Since her hip replacement surgery last year, Zadie has used a walker to build up her strength and balance. But because of its size and weight, it could only take the 70-year-old Georgia native so far.

“An aid comes to help with household matters, but I want to shower and get ready before she arrives,” she explains. It was difficult to manage that task with her walker in the tall tub and tight corners of her bathroom. So she worked with Columbus Area Habitat in southern Georgia to come up with a solution and reclaim her routine. Together, Zadie and Habitat staff assessed her home as it is and what she needs from it, coming up with a list of modifications and repairs that would marry the two.

Improvements included the addition of hallway lighting to eliminate hard-to-see trip hazards, a front storm door to improve circulation and an accessible bathroom, including a low-profile shower with a seat, which has significantly reduced Zadie’s risk of injury since she no longer has to lift her walker in and out of the tub.

“I can use the bathroom facilities with safety and privacy,” says Zadie. Now, every chance she gets, she tells people about Habitat. “I’m just so grateful and happy with the changes,” she says. “I feel safer.”

“Safer” is the first word that Freddie uses to describe how he feels in his recently repaired home, too. The 67-year-old former metal worker and brick mason, who retired early due to health issues, needed to adjust his home to fit his shifting priorities and abilities — and partnered with Columbus Area Habitat to accomplish just that.

From installing an accessible toilet, low-profile bathtub and grab bars in the bathroom to replacing old cabinets and damaged, uneven flooring in the kitchen, each update has helped him uncover a renewed sense of confidence, comfort and security in his home of nearly 50 years. “I have trouble walking, but now have no fear of tripping or stumbling in my house,” says Freddie.

Freddie is also relieved for the handful of friends and family who regularly check in on him. “They feel much better about me staying in my home now that it is more suitable for my needs,” he says. Instead of worrying, he’s glad everyone can now more fully enjoy their short, socially distanced visits together.

“I’m so glad for all that has been done,” says Freddie. Each individual modification has made life simpler, and the whole project has collectively reinforced his resilience. “It’s because of these changes and Habitat that I’m able to stay in my home and my neighborhood,” he says. 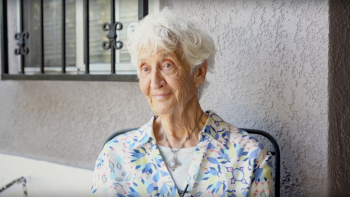 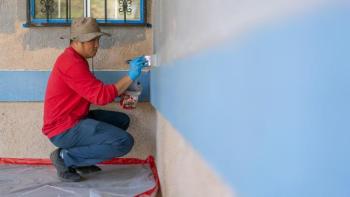 Staying in her house means so much to 75-year-old Habitat homeowner Katie, which is why she reached out to Twin Cities Habitat more than 20 years after becoming a homeowner.