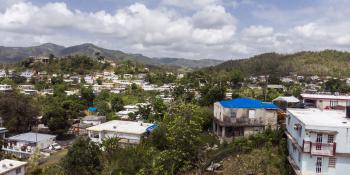 Land tenure describes people’s relationship to the land in their particular region. Land tenure can be based on legal, customary, informal or social practices that differ in communities around the world.

When families lack secure land tenure proving documented ownership of their homes, it can affect their ability to establish legal access to basic services and utilities, make them vulnerable to forced evictions and contribute to other inequalities in housing and livelihoods. A lack of secure land tenure can also impact a family’s access to disaster funds, affecting their ability to recover and rebuild.

When hurricanes Irma and Maria devastated Puerto Rico in 2017, many families were unable to access post-disaster assistance and federal aid because they did not have proof of a clear title for their homes as required by FEMA, though it was not a part of their standard guidelines. According to the Puerto Rico Planning Society, an estimated 260,000 homes, representing 1.3 million people, were built without proper permits or clear titles.

In the aftermath of the storms, Habitat for Humanity implemented a holistic hurricane recovery program in Puerto Rico with the support of AbbVie, a research-based global biopharmaceutical company and one of the island’s largest employers. Efforts on the island are focused on home repairs and new construction, helping homeowners secure land tenure, capacity building, and fostering policies and systems that will advance long-term improvement to shelter and land resilience issues. Since land tenure is complicated and location-specific, Habitat partnered with the local nonprofit Fundación Fondo de Acceso a la Justicia to help homeowners secure land tenure through title clearance.

“In Puerto Rico, land tenure is a concept that is used to talk about residents or communities living on a plot of land, but not necessarily in a formal way. It could be an informal way — which doesn’t mean it’s an illegal way when we say it’s informal,” says Amaris Torres Rivera, executive director of Fundación Fondo de Acceso a la Justicia. “It means that they are possessing the land, but they don’t necessarily have a document that says so because maybe their father, mother or grandparents died who were the rightful owners at one point and then the legal procedures after that weren’t necessarily made.”

Puerto Rico’s civil code is based on Spanish law dating back to the late 1800s. Under the civil code, families living on a plot of land can be recognized as the rightful owner after inhabiting said land for a period of time, even if the land was owned by someone else. The civil code also does not require that property be submitted to Puerto Rico’s property registry after it has been acquired by a new owner, which can be a cost-prohibitive process. “It could cost $300 if the property is cheap, but it could be up to thousands of dollars to register your property,” says Torres Rivera. “When we deal with our participants, who are low-income families, they won’t be able to pay $300 or $500. They prefer to invest that money buying food and paying bills rather than submitting to a property registry when legally they know they don’t have to do it.”

Though Puerto Rico doesn’t require residents to have a clear title to property, proof of a clear title was required to qualify for disaster funds after hurricanes Irma and Maria by those offering aid. That’s why Habitat and Fundación Fondo de Acceso a la Justicia have been working together to help ensure families are able to receive the funds they need to rebuild and be more resilient to future disasters through title clearance, which is part of a larger, collective approach to addressing housing security issues in Puerto Rico. “People deserve the security of knowing that when funds come, especially these recovery funds, they will have access,” says Torres Rivera.

Habitat and the Fundación have helped 489 families navigate complex legal procedures and clear their titles through the program, as of July 2022.  Ultimately, 500 families will receive legal aid through the work of Habitat and the Fundación to help them obtain clear titles. Habitat also developed a one-page application for people in Puerto Rico to apply for home repair assistance that helped inspire the adoption of a more efficient and simplified application process on the island for those seeking assistance.

In addition to this vital tenure work, Habitat partnered with the University of Puerto Rico School of Law Master Trust to conduct an in-depth evaluation of the existing land trust on the island to support the creation of new policies and systems that will improve shelter and land resilience issues in the long term. “Our hope was that this research would provide insight and learnings into the complex evolution of land tenure in Puerto Rico and lead to new legislation that improves security of tenure for homeowners in the future,” says Amanda Silva, executive director of Habitat for Humanity of Puerto Rico. That hope was put into action when Habitat made policy-change recommendations to the local and federal governments that addressed tenure security in Puerto Rico based on local and international research.

Land is the foundation for safe and affordable shelter. By working to secure official title clearances and continuing to support policies that will further improve security of tenure, Habitat and AbbVie are committed to working alongside homeowners in Puerto Rico to build a solid foundation for a bright and resilient future. 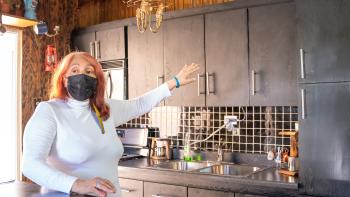 A return to home: Rebuilding in Puerto Rico

After Hurricane Maria devastated Puerto Rico in 2017, Antero and Luz worked to repair their damaged home the best they could, even patching their own roof. Now, with the support of Habitat and AbbVie, they have a safe and secure home where their family can gather again. 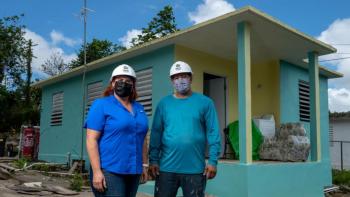