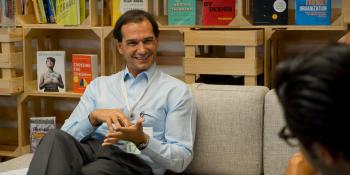 In 2009, Andrés Muñoz had a choice to make. Continue working his IT job — a job that offered security and a comfortable lifestyle — or improve people’s lives. In the end, it wasn’t really a choice at all. “We come to this Earth with a mission to help people and leave a footprint,” Muñoz says.

Today, his company, Energryn, offers Mexicans an affordable way to get hot water. More than half of the country’s population currently doesn’t have access to water heaters, according to Mexico’s National Institute of Statistics and Geography.

In Mexico, most water heaters rely on gas. Energryn markets a product known as the Solesyto, a variation of the Spanish words for “little” and “sun.” The spherical insulated tank harnesses the sun’s rays throughout the day to heat the water stored inside the tank. A backup electric heater kicks in on cold or rainy days.

The benefits of the Solesyto extend beyond how great it feels to take a hot shower. There is the matter of better hygiene and health, Muñoz says. “Our product offers savings for the people who use it. It is a green product and helps reduce carbon emissions.”

It provides something else that can’t be measured. “It gives people a sense of dignity,” Muñoz says. “That is the greatest value.”

“My father came to me and said, ‘I can go back to Spain and we can all stay in our comfort zones. Or I can stay here and you can quit your job, and we can put all of our strength and brainpower and skills into developing this prototype and changing the lives of people.’”

The story of the Solesyto is largely a father-son story. Muñoz, originally from Spain, moved to Cancún in 2007 to manage information technology for a hotel chain owned by a childhood friend. The friend knew that Muñoz’s father, Andrés Muñoz Sr., was a thermodynamics engineer and invited the older gentleman to come to Mexico and identify ways to cut energy consumption at his hotels.

“The initial plan was that my father would stay for three months, then return to Spain,” Muñoz says. During that time, using scrap materials and tools, Muñoz Sr. designed a prototype of the Solesyto. That is where the choice came in.

“My father came to me and said, ‘I can go back to Spain and we can all stay in our comfort zones. Or I can stay here and you can quit your job, and we can put all of our strength and brainpower and skills into developing this prototype and changing the lives of people,’” Muñoz says.

Muñoz Sr. got to work perfecting the Solesyto. He also invented the supply chain of parts. Energyn now holds nine patents and has built its own manufacturing facility.

The current iteration of the Solesyto holds up to 20 gallons of water, is easy to install and doesn’t take up much space on rooftops. The liquefied petroleum needed to fuel a gas heater costs the average consumer more than double what they would pay to power the Solesyto.

Energryn will use the investment from Habitat’s Terwilliger Center for Innovation in Shelter to fund a pilot with 50 families from Cancún that can’t afford a gas water heater. It will use information collected from the pilot to scale the business.

At the workshop, Muñoz paid tribute to his father, who died in July 2016. “My father was an inventor who wanted to improve the world with his inventions,” Muñoz says. “He would say, ‘This way, I will live on in the products and the happiness of the people who are using them.’” 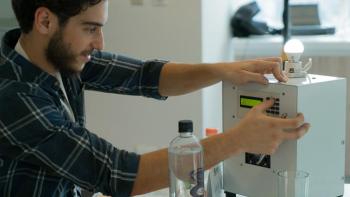 Through its solar energy prepaid systems, Vitaluz offers Mexicans in remote areas access to electricity that is more affordable than most alternatives. 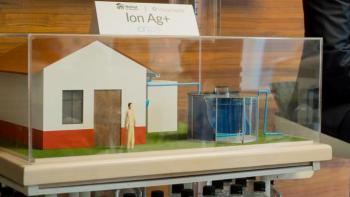 A selection of more innovation from ShelterTech 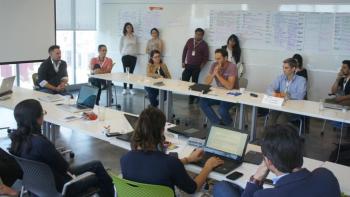