Making a difference in Guatemala

Habitat volunteer Jeanne Costello took a Global Village volunteer trip to Guatemala, working alongside coffee growers to build stoves and latrines for their homes. Here, she shares some of the highlights of her trip.

Today, the team meets, and we begin! The team consists of 13 women and one man, ranging in age from 18 to 71, many of whom have been on Global Village builds before. We meet Lucho and Fredy, our local Habitat coordinators, and after introductions, we learn more about the trip, expectations and guidelines. Team members are excited and eager to meet the families.

We travel to San Lucas Toliman by van through the highlands. San Lucas sits right on Lake Atitlan. There are few boats other than a couple of kayaks and small wooden fishing boats. As Lucho points out, “It’s not that we don’t enjoy recreation on the lake, but the cost of a day’s recreation will pay for a day or a week’s meal for an entire family.”

Fredy emphasizes the importance of what we were doing. “You are changing the world. Maybe you don’t see the results right away, but there is a ripple effect beginning with the children whose lives are changed by the smokeless stoves and latrines you are providing.” In fact, many children die at early ages because of respiratory diseases as a result of continuously breathing smoke. The new stoves cost about 100 and allow the smoke to go up a pipe and out the top of the enclosed kitchen area. Each family must make 75 adobe blocks for the stoves and the base of the latrines. Habitat Guatemala trains them how to do this and has a form that they can use to cut the bricks.

The team travels by boat across the lake to San Juan La Laguna to have a tour of Cooperativa La Voz que Clama en el Desierto (The Voice that Cries out in the Desert). This is an excellent, informative tour that leaves me with a new appreciation for what goes into a cup of coffee. I thought, “I will never again complain about the cost of coffee beans,” although very little of what we pay goes to the farmer. A picker may gather about 100 pounds of coffee a day, making about 50 quetzales (US6.50).

After breakfast, the team divides into three groups. We drive to a home in town where we meet Carolina and three of her children. Her husband is picking coffee. We begin moving bricks the family has made and mixing cement to build a stove. The property includes a one-room house with plastic sheeting for sides, a covered kitchen area where we build the stove, and an outhouse with sides of plastic and torn sacks. By the end of the day, we complete our first smokeless stove, which must sit for about 10 days before the smokestack is put through.

The next day, a member of one of the other teams says the family with whom they are working had been cooking on a pile of rocks and notes how rewarding it is to have completed a stove with them. “It’s important for us to see how so much of the world lives,” another says.

We begin the day by picking coffee for two hours, putting the beans in baskets as we pick. One team member says how tired her arms are getting reaching up to get the beans. The men talk about the “rust,” yellow spots on the leaves, which is destroying so many plants. Ideally, these trees would be cut down, but the farmers cannot afford to lose the beans still being produced on the affected trees. Eventually, these beans will not be of a quality where they can be used and the trees will stop producing.

After picking and already feeling exhaustion, we stop for lunch, the men spreading empty coffee sacks on the ground under the trees and local women bringing soup and tamales. This is one of my favorite memories: our team sitting amongst the coffee trees sharing lunch. It was a peaceful sharing, and yet we go home and the farmers continue their work every day.

We head into the mountains outside San Lucas to two sites a short distance from each other near the small village of San Coral. Our two teams arrived at the home of a single mom and her three children, two boys and one girl. Her home is made of cement blocks, but there is no outside latrine at all. The kitchen is a separate side structure made of long sticks running horizontally, filled with mud in between. It has enough room for a table and chairs, and the team did a beautiful job building the stove. Down the slope amongst the coffee plants, our team builds the latrine.

On the prepared site with nine-foot hole and cement slab, we lay the mud and the blocks the family has made. After building this foundation, we dig holes at the four corners and put in 2x4 uprights. Some of the team cuts boards, and we nail them in the sides. A corrugated tin roof goes on top, and a door is added.

It feels like we’ve made a difference in a short amount of time.

It has been an amazing week with such a hard-working and fun team. We can look back at five stoves and four latrines completed during the week that will help six families to a better life. I feel proud to be part of Habitat and the work so many have done to make such a difference in Guatemala. 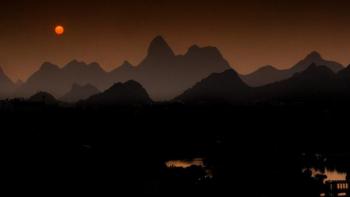 Volunteer abroad: Choose the Global Village destination right for you

Take a volunteer vacation with Habitat for Humanity and help build decent, affordable shelter in one of the many locations around the world where we work.