There are many ways of measuring and categorizing poverty — and no simple, unified definition.

The United Nations observes that, worldwide, “frequently, poverty is defined in either relative or absolute terms. Absolute poverty measures poverty in relation to the amount of money necessary to meet basic needs such as food, clothing and shelter. Relative poverty defines poverty in relation to the economic status of other members of the society: people are poor if they fall below prevailing standards of living in a given societal context.”

Here in the United States, for example, the Census Bureau defines poverty based on income, family size and age of the family members. For instance, a family of four with two children would need to have an income of more than 24,008 a year to be considered above the poverty threshold.

But in its work to reduce poverty worldwide, the UN seeks to go beyond such traditional definitions of poverty, which are solely based on income and consumption, and strives to include broader social, political and cultural definitions. “The multidimensional nature of poverty — in particular social aspects such as housing poor, health poor or time poor — needs to be understood in order to create more effective programs for poverty alleviation,” says the UN.

What does the reach and impact of poverty look like?

The World Health Organization says those living in poor conditions “are exposed to greater personal and environmental health risks, are less well-nourished, have less information and are less able to access health care; thus they have a higher risk of illness and disability.”

In many locations, the effects of all of this are plain to see. Disease, despair and lack of opportunity are the calling cards. But in others, it can sometimes be necessary to look a little closer. In communities all around the world, families are too often forced to decide between paying bills or buying food. Even though family has a roof over their heads doesn’t mean it’s a decent, safe, healthy or affordable place for them to live.

Two startling statistics: Around the world, about one in four people live in conditions that harm their health, safety, prosperity and opportunities. In the U.S., the Department of Housing and Urban Development says “a family with one full-time worker earning the minimum wage cannot afford the local fair-market rent for a two-bedroom apartment anywhere in the United States.”

How does Habitat help alleviate poverty?

Habitat believes that new and improved homes are intricately tied to better opportunities for families. Children have quiet places to study. Families no longer face illnesses and disease brought on by unhealthy housing. Parents experience the financial freedom that comes from having an affordable place to live. These factors help break the cycle of generational poverty.

Habitat for Humanity knows that a decent, affordable place to live can create a situation where homeowners save more, invest in education, pursue opportunity and have more financial stability.

Living in a decent, affordable home they’ve helped build or improve means a homeowner is better positioned to have a healthier, more financially stable life, one with fewer barriers to health, safety and opportunity. 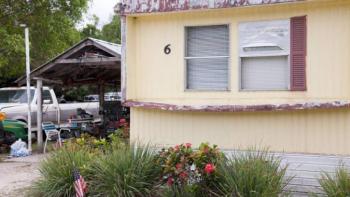 Housing need exists in every community

Families in need of affordable housing live everywhere: villages, small towns, sprawling cities, your community. What does housing need look like where you live? 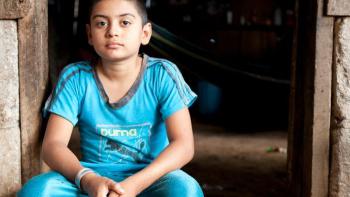 The need for affordable housing

A majority of Americans believe that it is challenging to find affordable quality housing in their communities and more than half of all adults say they have made at least one trade-off in order to cover their rent or mortgage.