Habitat for Humanity in Hong Kong

Government data showed one in five people in Hong Kong lived below the poverty line at the end of 2018. Yet, the city is home to the world’s second largest billionaire population according to Forbes. For the tenth year running, Hong Kong was the least affordable housing market in 2019, based on a Demographia study. About 210,000 low-income individuals in Hong Kong are reportedly living in cramped 93,000 sub-divided units, rental rooms or cubicles.

Habitat for Humanity Hong Kong is dedicated to raising awareness and funds to meet the needs for decent, affordable housing for families in the Asia-Pacific region including mainland China. It also serves as a fundraising hub to support housing programs across the region. Multiple grants from the Hong Kong Special Administrative Region Government Disaster Relief Fund have supported Habitat’s responses to 11 disasters regionally.

How Habitat addresses the need in Hong Kong

Habitat Hong Kong serves as a fundraising hub for the Asia-Pacific region and beyond. Grants from the Hong Kong Special Administrative Region Disaster Relief Fund have enabled Habitat to respond to multiple natural disasters. These included the distribution of kits for emergency shelter, household needs, and water, sanitation and hygiene following flooding in Vietnam (2016), Nepal (2017) and India (2017, 2018, 2019); cyclones in India (2019), and Fiji and Bangladesh (2016); earthquakes in Nepal (2015) and mainland China’s Sichuan province (2013); and Typhoon Haiyan in the Philippines (2014). 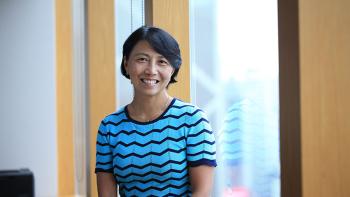 Meet Olivia Wong, long-time volunteer and newest member of Habitat for Humanity International’s board. She shares her views about leadership, volunteerism, faith and more. 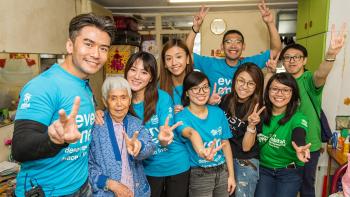 Now in its eighth year, the largest youth-focused campaign in Asia-Pacific rallies supporters to help build resilience in their communities. 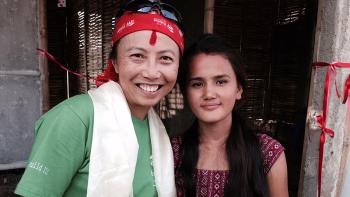 Olivia Wong (left) appreciates all that she has after 14 years of volunteering with Habitat.