The housing need in Lebanon

Seventeen years of civil war devastated the country’s infrastructure, economy and society. From 1975 to 1991 an estimated 1 million people were displaced by fighting, and hundreds of thousands were injured, killed or disappeared. The damage to property alone was around US$25 billion.

A war in 2006 displaced another 1 million people and damaged more than 100,000 homes. Reconstruction costs sunk the country into deep debt, and the tumultuous political landscape continues to prevent full economic recovery. Rapid urbanization has resulted in ghettos in Beirut and other cities. Also, the influx of over1.5 million Syrian refugees since 2011 has exhausted Lebanon’s fragile economy.

Responding to the widespread but unmet demand for low-income families to have access to affordable housing/shelter loan products, Habitat Lebanon runs a housing microfinance program offering microloans to people who would otherwise not have access to credit.

Families in need of housing aid are supported through home rehabilitation. Criteria for selection include women-headed families, elderly people living alone and people with disabilities.

This program assists in the integration of more school-aged refugees into the formal system through renovated schools that run second shifts to accommodate children from refugee families.

In response to the Syrian refugee crisis and in effort to contribute towards their improved living conditions, Habitat Lebanon focuses on:

Go to habitat.org/donate and designate your gift to Habitat Lebanon. 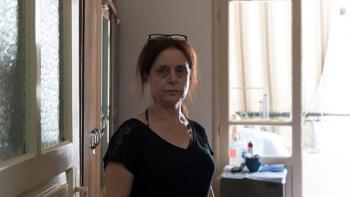 Rebuilding Beirut: Supporting the most vulnerable

A devastating blast ripped through the Port of Beirut on Aug. 4, 2020 destroying entire sections of the city. Officials estimate that more than 170,000 people live in homes that need to be reconstructed. A year later, investigation findings have not been disclosed and no one has been held accountable. 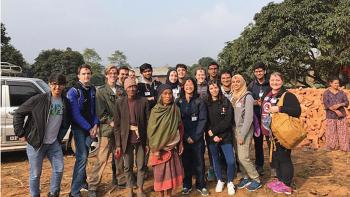 The high school in Dhahran, Saudi Arabia, usually volunteers with Habitat for Humanity’s Global Village program. With the COVID-19 pandemic going on, there was no way they could travel to the build site. Many students know how important a decent home to protect against diseases. They decided to raise and donate funds to Habitat for home construction. In these difficult times, the school collected 16,000 USD to support Habitat programs in Lebanon and India. 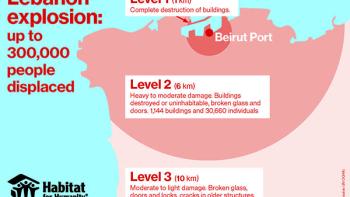 Officials estimate that at least 170,000 people in the Lebanese capital live in homes that need to be repaired or reconstructed. According to damage assessments, some 52,000 apartments bear minor damage, including shattered windows, doors and façades. 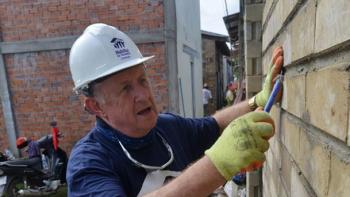 Habitat for Humanity Great Britain was founded in January 1995 as a fundraising office to raise money and awareness for the global work of Habitat for Humanity. Based in Slough, near London, the national office works with individuals, corporate organisations, major donors, foundations, institutions and trusts. 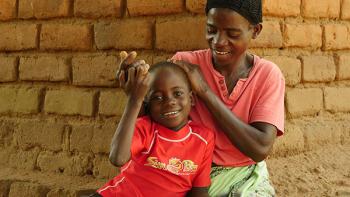 In Malawi, poverty is prevalent and about four out of five families live in substandard homes with little hope of ever being able to afford a decent house. A typical village hut is built of mud bricks with a dirt floor and grass-thatched roof, which requires frequent repairs. These conditions put the families at high risk of all kinds of diseases with leaky roofs making the house damp and mud floors attracting insects. There are about 1.5 million orphans and vulnerable children in Malawi out of a population of 18.57 million and approximately 21,000 new units are needed every year for the next 10 years to meet housing demand – this far exceeds supply. 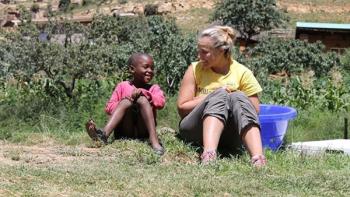 Lesotho is one of the least developed countries in the world with 57.1% of the population living below the poverty line. The rate of HIV and AIDS in adults is estimated at 25.6%, which triggers rapidly increasing numbers of orphans and other vulnerable children. More than 27% of children under 18 are orphans.