The housing need in Lesotho

Lesotho is one of the least developed countries in the world with 57.1% of the population living below the poverty line. The rate of HIV and AIDS in adults is estimated at 25.6%, which triggers rapidly increasing numbers of orphans and other vulnerable children. More than 27% of children under 18 are orphans.

Most housing structures in Lesotho do not meet any local standards for decent living. Most houses are built out of mud, stones or sticks and often lack proper ventilation due to absence of windows. Safety in such houses is minimal as the doors are of poor quality and often lack proper door locks. Land ownership disputes related to inheritance rights often lead to vulnerable groups becoming victims of disinheritance and property and land grabbing.

Habitat Lesotho helps build two-room homes with households comprised of orphans, the elderly, and persons with disabilities. The homes include safe sanitation facilities. We also advocate for security of land tenure and initiate ownership processes for vulnerable households to ensure they legally own the land before the home is built. All selected future homeowners participate in the building of their home, including collecting water, helping gather locally available materials (stones, for example) and construction activities under the close guidance of a building supervisor.

Habitat Lesotho advocates on behalf of vulnerable groups by disseminating information about property and inheritance rights and security of tenure, and hosting call-in radio programs to raise awareness on the same subjects.

Trainings on property and inheritance rights as well as security of tenure are also offered to households served together with their community members with the aim of reducing unlawful evictions, property grabbing and/or disinheritance.

Go to habitat.org/donate and designate your gift to Habitat Lesotho.

Join one of the scheduled Global Village volunteer construction trips to Lesotho or lead your own. For more information: habitat.org/gv 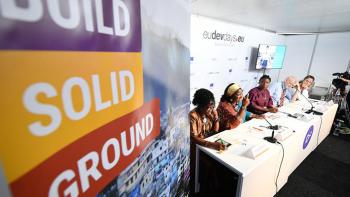 She owns - we prosper

Allowing women in Africa to own land and houses would help reduce homelessness and slum area growth. They have raised their voices about it in Brussels during the European Development Days. 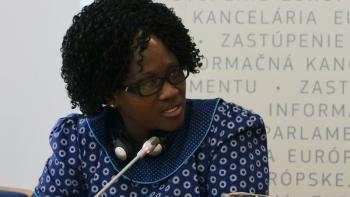 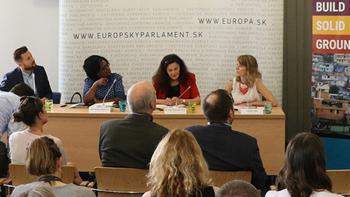 Good urban planning can reflect all - the citizens needs, interests of all partners and national policy goals. Cities’ growth should not be a random thing, but a well-planned process that ensures equal opportunities and decent housing for all.