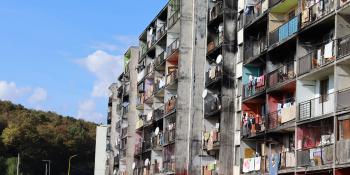 Inside one of the biggest Roma slums hope arises

More than seven thousand Romani, colloquially referred as Roma, consider Lunik IX district in Kosice, their home. Tucked in the southwestern suburb of Slovakia’s second largest city, the isolated and neglected ghetto is one of Europe’s largest Roma slums.

Urbanization efforts began in 1978 in Lunik IX, with the original housing estate designed for 2,500 inhabitants. Under the then socialist state, flats were either state-owned or under cooperative ownership. Those seeking housing were required by the local city national committees to meet certain requirements or join a coop and hence make financial payments.

In an effort to maintain peace and force Roma families to assimilate, authorities tried to enforce a 60:40% rule whereby the ethnic majority and Roma minority would live side by side. The methodology was set up for failure from the beginning as the authorities allocated flats to Roma families haphazardly, without understanding or taking into account social rivalry and tensions amongst the various Roma groups. As a result, extended families were separated from each other, and enemies ended up becoming neighbors. Sometimes most basic interactions, even crossing the street at the same time, would cause fight to break out. As the area’s troubling reputation grew, other ethnic groups gradually moved away. This, along with growing racism towards Roma groups, paved the way towards full segregation and the ensuing neglect of the area.

The emergences of the Roma slum

The segregation was seen at all levels in the society. Out of the two nurseries in the district, one was restricted to Roma children only. And while older children attended schools in different parts of the city, an elementary school solely for Roma children opened in 1983. The original capacity of the school, capped at 300 students, was exceeded more than twice in 1999/2000 forcing the school to run two shifts. 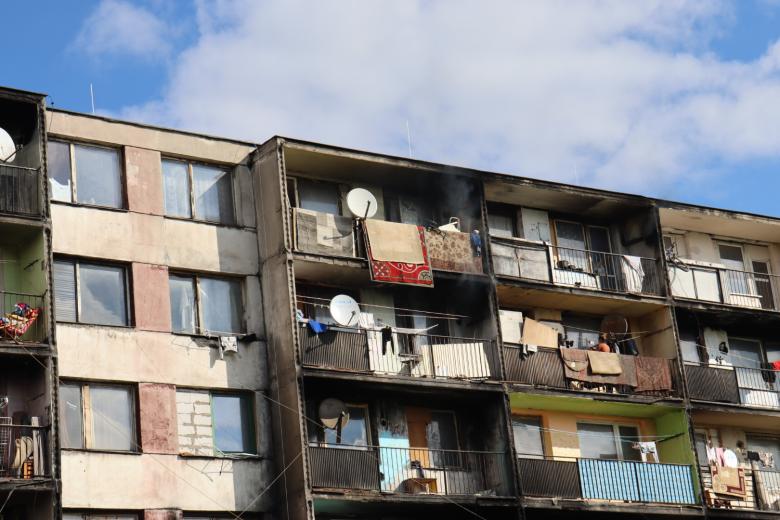 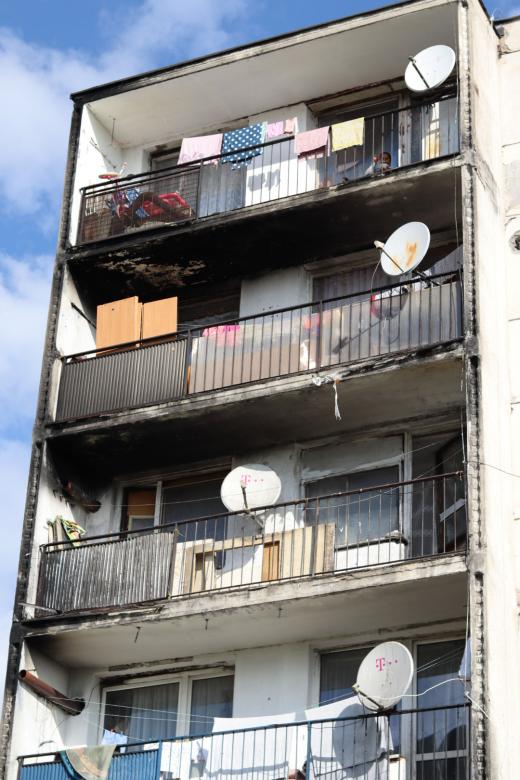 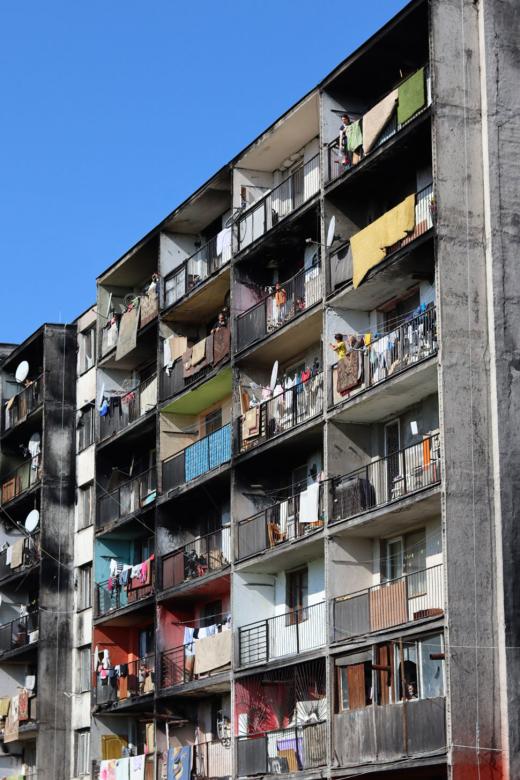 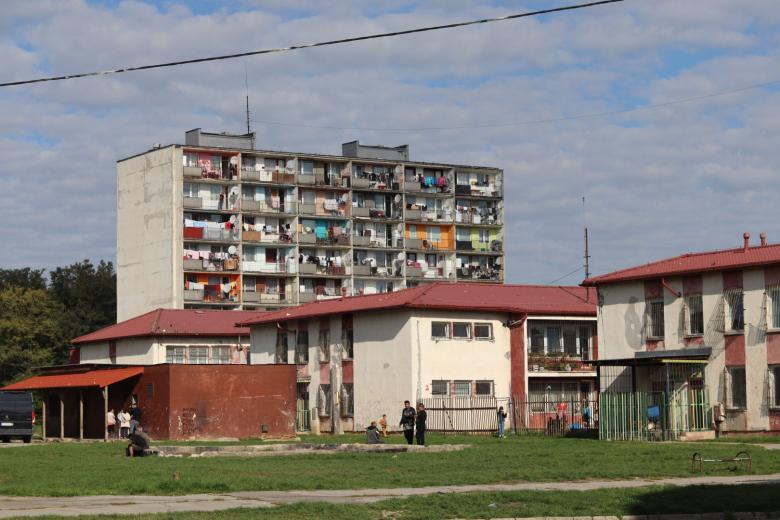 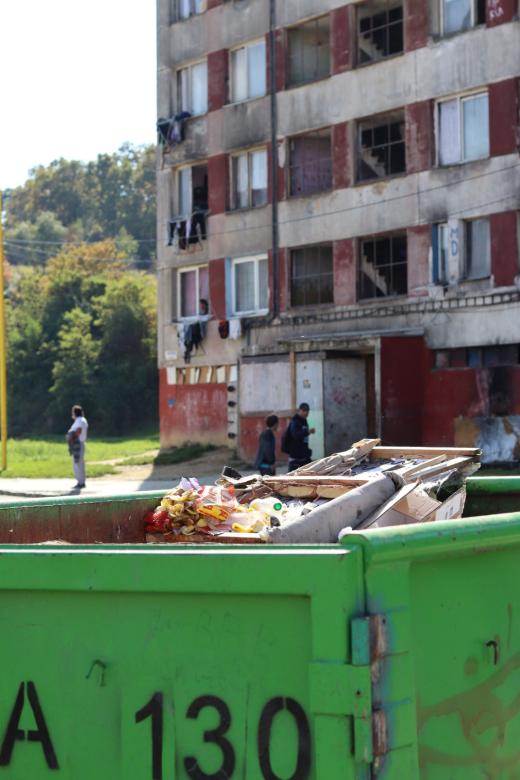 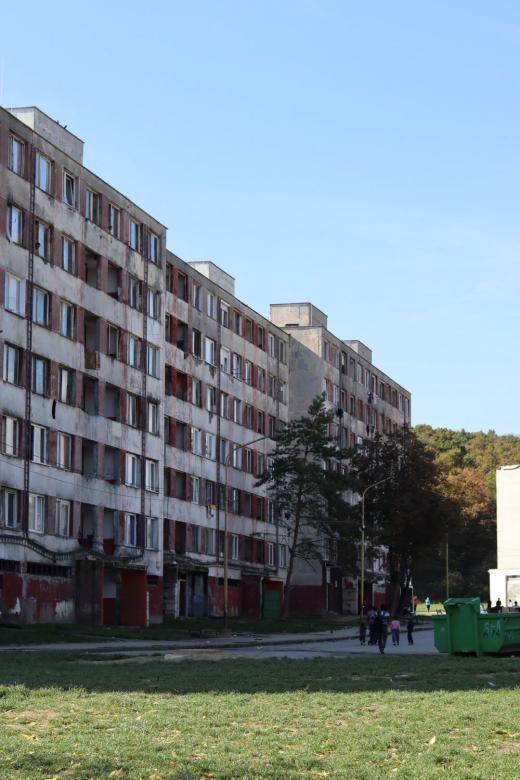 Unofficial estimates suggest that at some point, Lunik IX housed more than 11,000 people; sometimes cramming 30-40 people in three or four-room flats. Overcrowding in living spaces and poor hygiene have also caused numerous epidemic outbreaks from head lice to hepatitis. The overcrowded setting is made more bleak by an unemployment rate that surpasses 90%.

Authorities contributed to further degeneration of the ghetto when it was decided to move people in debt, homeless and other problematic citizens to the Lunik IX district. Unpaid energy, utilities, and garbage collection bills rose to thousands of euros. In 2008, authorities carried out remediation of the first two apartment buildings due to structural damage, and several others followed later.

During his papal visit to Slovakia in 2021, Pope Francis included a visit to Lunik IX, bringing the state authorities, local municipalities and media attention to the marginalization and poverty of the Roma population.

Preparations for his visit included clearing piles of garbage around apartment buildings that had reached in height the first floor and multiple reconstructions of roads and pavements. Artists painted a mural on one of the apartment buildings featuring drawings of flowers that grow between the cracks in walls, collected by the children in the ghetto: symbolizing that beauty and tenacity find their way even in difficult conditions.

A beam of hope

In 2021, a partnership between the municipality, private sector, and NGOs kickstarted a project enabling construction of family houses in Lunik IX. The project resulted in the completion of a community center, which includes a space dedicated to activities for children and families.

Shortly after the opening of the community center, the first Roma family started building their new home. With support of Habitat for Humanity, ETP Slovakia, a local nonprofit organization, runs the community center and provides supervision, consultations and legal advice, as well as microloans for home improvements. Other partners, such as Wienerberger Slovakia, have provided donation of construction materials such as bricks, bringing down the overall building expenses by half.

Skepticism towards the project amongst the community has quickly shifted and more families have expressed interest in microloans. If families meet the selection criteria, enroll in financial literacy training and successfully set aside money for more than one year, more families will be enabled to self-build a decent place to live.

Learn more about
Slovakia
Share this page on your:

Daddy, what is war?

“My son often asks: daddy, what is war? But how do you explain to a child what war is and why it started? Neither do I understand why this had to happen. What I do know, is that I didn’t want my family to experience any more of it. So we left.” 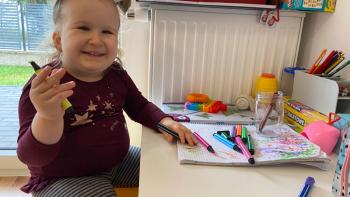 As long as life goes on – hope remains

Kateryna lived with her family in southern Ukraine near the city of Kherson. They had a very happy life: a large house, her husband owned a furniture company, and she worked in a large chain of stores as an IT manager. The family always spent their free time together. Kateryna liked to do something for her children: she kept inventing new games, different decorations. 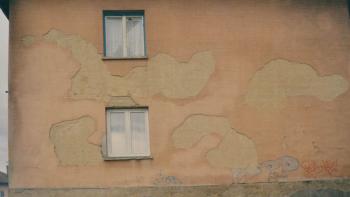 Is a housing renovation wave in Hungary possible?

It is not an exaggeration to say that energy efficiency has become a central issue almost all over the world today. Already in 2015, the European Commission set out the principle of ‘Energy Efficiency First’ as one of the EU’s founding principles, but the unprecedented rise in energy prices in recent months has brought the concept of energy efficiency even more into focus.