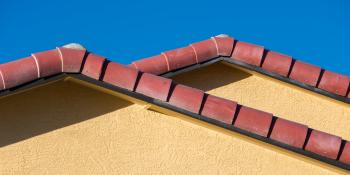 7 things you should know about poverty and housing

1. There are different definitions of poverty.

The United Nations Development Program’s definition of poverty recognizes that poverty cannot be measured by income alone. Instead, it takes a multidimensional approach, accounting for health, education and standard of living, including access to clean water, sanitation, electricity and quality of housing because of the foundational role each plays in allowing families to lead a decent life.

2. People living in poor circumstances are not necessarily who (or where) you think.

A family can fall into poverty for many reasons — medical emergencies, crop failures, sudden unemployment. In the U.S., two out of five households don’t have the savings to get through a financial shock while one of every five children struggles with a lack of adequate resources.

Worldwide, a child under the age of 15 dies every five seconds, mostly of preventable causes that poverty exacerbates. And though impoverished living conditions are often perceived as confined to cities, the poverty rates in rural areas continue to exceed those in urban areas in several countries, including Romania, Indonesia and the U.S.

3. Affordable housing can be hard to find.

In many regions of the world, the number of low-income households far exceeds the affordable housing units available. In the U.S., for every 100 renter households classified as extremely low-income, just 35 rental units are both available and affordable. Globally, the housing affordability gap, meaning the difference between income available for housing and the market price of a standard housing unit in a region, amounts to nearly $650 billion per year.

4. A full-time job (or two) might not be enough for a family to afford a decent place to live.

Nowhere in the U.S. can a worker earning the federal or prevailing state minimum wage rent a two-bedroom apartment without having to pay more than 30% of their income. In fact, a minimum wage worker must clock nearly 127 hours per week, more than three full-time jobs, to afford a two-bedroom rental, or 103 hours per week, more than 2.5 full-time jobs, to afford a one-bedroom, according to the National Low Income Housing Coalition.

5. Having a house (or apartment) doesn’t mean you aren’t living in poor circumstances.

According to Harvard University’s Joint Center for Housing Studies, nearly 38 million American households — 31.5% of all households — are paying more than 30% of their incomes on housing, forcing them to maintain a nearly impossible balance by making hard decisions about food, transportation and health. Meanwhile, 1 in 6 households are paying more than half of their income on housing and are considered severely cost-burdened.

Housing poverty also can include things like energy and fuel poverty and lack of access to water and sanitation. Nearly 15% of people worldwide lack access to electricity, according to the United Nations Department of Economic and Social Affairs. In situations where people do have access to energy, the people with the lowest incomes often end up paying disproportionate shares of income for energy. An estimated 11% of the world’s population lack access to an improved water supply while 25% lack access to adequate sanitation, according to the Centers for Disease Control and Prevention.

Insecure tenure, or the threat of eviction, is reality for many living across the globe, depriving people of even the most basic physical, economic and psychological security of adequate shelter. More than 20% of the world’s population struggles, on a daily basis, to stay in houses or on land where they live, and more than 70% of the world’s population does not have legal documentation of their property rights.

6. Poverty perpetuates, but so does homeownership.

But a safe, decent, affordable place to live can make a real difference in the life of a family. Homeownership has long been the primary way for families to build wealth. Homeownership also offers stability because monthly mortgage payments are predictable whereas rents can increase year over year. A stable home is important for academic achievement. Children who change schools as their families move in search of more affordable housing can struggle to keep up academically.

The quality of housing has major implications on people’s health. A home with mold, rodents and pests can trigger or cause chronic respiratory conditions, including asthma. Overcrowded, substandard housing poses a risk to the health and physical well-being of families and their neighbors and facilitates the spread of infectious diseases, such as tuberculosis, hepatitis, dengue fever, pneumonia, cholera and malaria, according to the World Health Organization. This is especially true when confronted with outbreaks of new contagious viruses and germs – like COVID-19 – that require people to shelter at home for long periods of time.

This is why we build.

Habitat for Humanity proves that decent housing can be a path out of poverty for families in need of a hand-up, and every day, you help us partner with families in the U.S. and nearly 70 other countries to create stable homes and vibrant neighborhoods.

Together, we have helped millions of people build or improve the place they call home. With your help, we also advocate to improve access to decent and affordable shelter and offer a variety of housing support services that enable families with limited means to make needed improvements on their homes as their time and resources allow.

Meet Habitat homeowners with stories of success and new opportunity, and help another family join their ranks today. 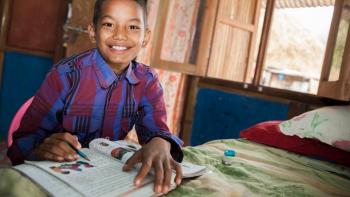 Learn how poverty is defined in the U.S. and around the world, and how the reach and impact of poverty affects people. 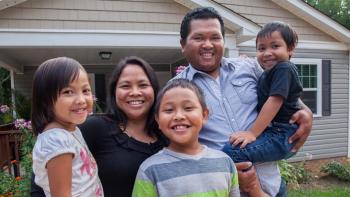 What is housing affordability?

Families across the United States are paying too high a price to cover the cost of home. Rents and homeownership costs are skyrocketing while wages are not keeping pace. Everyone should have enough money left over after paying rent or mortgage costs to cover life’s necessities.