Read Habitat for Humanity’s past Shelter Reports from 2008 to 2017.

Affordable for good: Building inclusive communities through homes that last

Affordably priced homes are constantly lost in the United States. This can happen because of a sudden catastrophe like the Great Recession of 2007-09, which plunged millions of homes into foreclosure. More often it happens because of relentless appreciation in the value of local land and housing, pushing rents and prices beyond the reach of people of modest means.

Thousands of units of assisted housing are removed from the roster of affordable housing every year. Natural obsolescence or inadequate maintenance accounts for some of this loss. Other homes are lost through foreclosure. But the main culprit is the resale of heavily subsidized land and buildings at market prices that families of limited means can no longer afford. Affordability is allowed to disappear, along with the public and private subsidies that initially made these homes affordable.

When affordably priced homes disappear into the market, so the thinking goes, they will be easily replaced. New houses will be constructed on cheaper land somewhere else. When subsidies are lost on the resale of assisted homes, they will be generously replenished by a new round of government appropriations or a fresh fundraising appeal to private donors.

Or so it seemed. The harsh reality is that public funding for affordable housing has been dwindling for decades, and charitable giving has not been growing apace. In many communities, buildable sites have become scarcer and pricier. And the loss of affordable housing has accelerated, spurred by the expiration of short-term affordability controls on assisted housing and the gentrification of low-cost neighborhoods that once provided an abundance of housing that low-income people could afford.

Many nonprofit housing providers, advocates and policymakers have become increasingly concerned about these losses, which happen with distressing regularity in both rental housing and homeowner housing. An increasing number of communities have begun seeking a more sustainable way to invest increasingly scarce local resources. When subsidizing homeownership, in particular, a community will adopt one of two different strategies for responsibly preserving its contribution: “dollars that last” or “homes that last.”

Access to land is one of the great challenges people around the world face due to legal barriers that make it difficult for families to build a place they can call home. This is a crosscutting issue that impacts all areas of Habitat’s work.

Whether addressing the needs of displaced people as a result of disaster or conflict, providing water and sanitation, working in informal settlements, or facilitating access to microfinance for incremental housing, Habitat’s work to build strong, stable communities depends on the residents of our communities having access to the land on which they live.

For that reason, we care deeply about creating smart policies that increase access to land for everyone, especially women, who are disproportionately affected by land security. We have seen how impactful women are on the lives of their children and communities, and we have witnessed firsthand how access to land for women reverberates through communities to provide far-reaching benefits.

Habitat is working side by side with women to increase their access to landing and housing in a number of ways, including offering microloans and education on land and inheritance rights. Advocacy concerning land access is a focus in our work around the world. From community decision-making bodies to national governments and international organizations, Habitat is working at all levels to change policies and systems. Solid Ground, our global advocacy campaign which launched in 2016 to increase access to land for shelter, includes secure property rights for women as a key component of the campaign.

In this report, we examine how land security impacts women, specifically in reference to housing. We identify solutions and best practices and provide recommendations for advocates and policymakers alike.

Did you know that residential energy use represents 22 percent of all energy consumption in the United States? Habitat for Humanity’s 2015 Shelter Report focuses on improving energy efficiency among lower-income households.

Although Habitat for Humanity and the federal government are addressing some of the energy efficiency issues among lower-income families, too many families still face the challenge of energy costs that are excessive compared to their overall incomes. Americans spend $230 billion on home energy each year and lower-income Americans are especially feeling the crunch as energy bills amount to 15-50 percent of their incomes.

From retrofits to federal programs to innovative public private partnerships, we have an enormous opportunity to reduce bills, create jobs, boost the economy as a whole and ensure a more sustainable future. By becoming an advocate for affordable, sustainable housing, you can bring us closer to a world where everyone has a decent place to live.

Learn more about Habitat for Humanity’s policy work and previous Shelter Reports below. You also can watch a short video from the Shelter Report 2015 launch to hear how residential energy efficiency is making an impact across the United States.

Habitat for Humanity’s 2014 Shelter Report focuses on incremental building — a method of improving housing one step at a time.

Over half of residential construction in the developing world is built in stages as needs change and resources become available. Few have access to affordable housing finance.

With slums continuing to grow, we need to encourage market solutions such as housing microfinance to support high-quality incremental building.

This 2013 Shelter Report lays out the case for continued support for low- and moderate-income homeownership through effective federal programs and efforts of nonprofit organizations like Habitat for Humanity.

Stakeholders are urged to maintain confidence in low-income homeownership as a strong building block for resilient, healthy communities and an important and viable component to the success of our housing market and economy.

“Housing cities after a disaster” highlights the urgent need for urban disaster planning and outlines how planning for permanence during rebuilding creates a more solid path to recovery.

Natural disasters are a fact of life. In recent years, earthquakes have shaken Japan, China, Indonesia and Haiti; flooding has swamped Pakistan and the Mississippi Delta; hurricanes have tested New Orleans and the U.S. Gulf Coast; and tornadoes have ripped through Alabama and Arkansas.

Over the past five years, more than 13 million people have lost their home to a natural disaster.

Housing and health: Partners against poverty

A safe and secure home provides more than just shelter from nature’s harshest elements. It is also a protection against disease — not only for the homeowner family, but also for the community. Advances in the prevention of disease and disability have for years been linked to better housing. Public health advocates understand, as Florence Nightingale, founder of modern nursing, concluded more than a century ago, that “the connection between the health and the dwelling of the population is one of the most important that exists.”

As in years past, the report highlights the latest research on housing and health, features success stories from the field and offers a set of policy recommendations for decision makers.

The case for low-income homeowners

Habitat’s second Shelter Report focuses on the important role of low-income homeownership in the United States. The report discusses the impact housing has on families’ lives and tools for how they can succeed as homeowners.

Given the current economic climate, falling home prices and the high rate of foreclosures, now more than ever, low-income homeownership in the United States can give families self-sufficiency and a path out of poverty.

This Shelter Report explains how insecure tenure – the lack of a title to one’s home or land – is a major cause of poverty housing.

Habitat for Humanity has experienced the effects of insecure tenure. We have witnessed how it robs the poor of the most basic human securities. As a result, a large part of our mission is to address and combat this growing and complex issue.

The report also heightens awareness of unfair housing practices in developing countries and presents the case for prioritizing tenure security as a way to alleviate poverty. 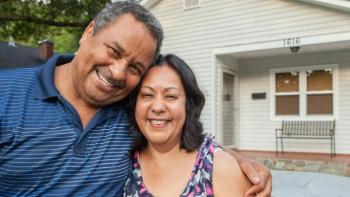 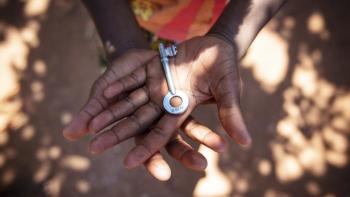