In her family’s previous rental, Ingrid could always tell the exact moment her 4-year-old son, Ishmael, fell asleep each night.

His little lungs, laboring from the irritants like a neighbor’s cigarette smoke hanging in the air at their apartment complex, would rumble “like an old truck” with every breath. Ingrid restocked and lined up medications and nebulizers every day so that they would be ready as soon as Ishmael came home from school.

“Our surroundings triggered his asthma so bad. His breathing was so rough, so hard,” Ingrid says. “I wanted to move, but to find something affordable was impossible.” She and her husband, Jean, decided that their family of four, including Ishmael and his twin sister Isabella, would move into a studio apartment — the only size they could afford — so that her children’s health would no longer be harmed by their home. “I told my husband that I’ll sleep on the floor,” she recalls. “I’ll do anything, as long as my kids are OK.”

They were in the process of searching for a smaller but healthier apartment when Jean and Ingrid received a call from New York’s Habitat for Humanity of Rockland County. After two years of patiently waiting, the family’s homeownership application had been approved. Ingrid shouted for joy — accidentally waking her daughter from her nap — at the immediate rush of excitement and of relief. A second call later that evening made the news bittersweet.

“My father was praying morning and night that God would give me a place, especially after I had my kids,” says Ingrid. “The day that I got the news that I would become a homeowner, that’s the day my brother called letting me know my father died.”

Ingrid worked through her grief, pouring her time and energy into the renovation of a 1906 house that was donated to Habitat — her family’s future home. The 200 sweat equity hours that Habitat Rockland County requires of future homeowners came and went quickly for her. By the end of the process, Ingrid had accrued more than 400 total hours working, and healing, beside Habitat staff and volunteers. “God prepared a way for me to better deal with my father’s passing,” she says. “Working on this home was therapy.”

One year and one month after those two separate phone calls, her father’s prayers came to fruition when Ingrid and her family finally moved into their Habitat home. The last move she hopes to make in her life.

Immediately, without the allergens of their last apartment, Ishmael’s health improved. “When he is sleeping, I have to put my head on his back or his belly to make sure he is breathing,” says Ingrid of his newly silent slumber. Before, she worried about having enough medication and nebulizers to get through each day. Now, she can’t even recall the last time he had to use either.

Since the spread of COVID-19 in the months immediately after moving in, she’s even more grateful for his improved health and the ability of their home to safeguard it. “We had four people in our apartment. There were five people in the apartment next door. Six in the next one. Eight in the next,” she says of the cramped quarters. “We all used the same spaces, railings, even the same gate.”

Daily life in the apartment, she says, put her family at risk of illness — especially one as communicable as COVID-19 — every day. But their new Habitat home means that, for the first time, safely sheltering in place is possible for Ingrid and her family. When they need to complete their virtual learning, Ishmael and Isabella aren’t interrupted by loud music next door. Ingrid and Jean aren’t forced to brave the laundromat to keep the family in clean clothes. The twins aren’t confined indoors because of unsafe conditions in their complex. They can remain active and creative in their own backyard.

More stories
Health stories
Share this page on your: 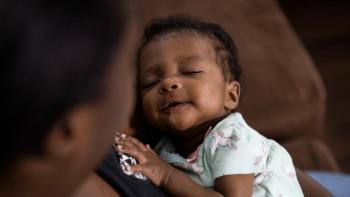 Housing is the prescription we need

Megan Sandel, MD, MPH, associate professor of pediatrics at the Boston University School of Medicine and Jonathan Reckford, CEO of Habitat, discuss how the coronavirus pandemic is exacerbating the housing crisis we were already facing. 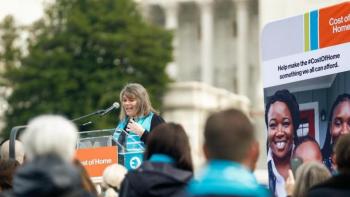 Habitat homeowner reflects on the current state of housing advocacy

Affordable housing advocate and Habitat homeowner Juanita Jensen shares how homeownership changed her family’s life and what we must do to ensure that families have stable, affordable places to call home.