Habitat for Humanity in Thailand

Habitat for Humanity began working in Thailand in the northeastern province of Udon Thani in 1998. Since July 2007, Habitat Thailand has been operating through its national office in Bangkok and zone offices located in Chiangmai (North), Rayong (Northeast), Pathumthnee (Central) and Phangnga (South).

The housing need in Thailand

Thailand is often cited for its success in pulling millions of people out of poverty, thanks to rapid economic growth over the past few decades. The economic boom was accompanied by increasing urbanization, from 29% of the population in 1990 to 44% in 2010, according to the World Bank. Due to insufficient planning to meet the affordable housing needs of low-income families, the number of slum and squatter settlements has increased with a majority of them in Bangkok Metropolitan Region. In 2003, Thailand introduced Baan Mankong (“secure housing”), a nationwide slum upgrading program that has reached about 96,000 households. The government is developing a 10-year housing development strategy to address the needs of 2.72 million households living in inadequate housing or informal settlements.

How Habitat addresses the need in Thailand

Habitat for Humanity Thailand and its partners build, repair or rehabilitate homes with families living below the national poverty line as well as vulnerable groups. Construction costs are brought down through volunteer labor, gifts-in-kind from corporate donors and donation of soil for land reclamation from the local government, among others.

Following the devastating floods in 2011, Habitat Thailand distributed cleanup kits and emergency shelter kits to nearly 4,000 families in 11 provinces. In addition to over 1,400 families who rebuilt their homes, 32 schools were rehabilitated and four multipurpose buildings were built in Ayutthaya and Phitsanulok provinces. In 2017, Habitat Thailand distributed hygiene kits containing items for cleaning up houses to affected families in Trang province in the south. The longer term focus is on helping disaster-affected families to rebuild or rehabilitate their houses.

Thailand is one of the favorite destinations for Global Village volunteers from all over the world. In 2019, Habitat Thailand hosted teams from the USA, New Zealand, Japan, South Korea and Singapore. Domestic volunteer efforts continue to be strong with support from local and international educational institutions and open one-day builds. 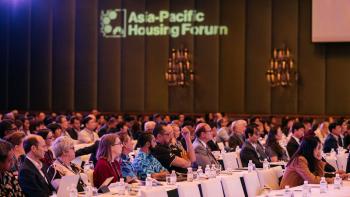 Over 2,000 industry experts and delegates expected to participate in a hybrid event, co-organized with SWITCH-Asia. 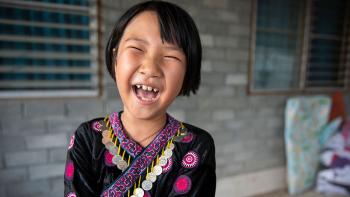 Homeowners from the 2009 Jimmy & Rosalynn Carter Work Project in Chiang Mai, Thailand, share how strong and stable homes have helped to build a warm and caring community. 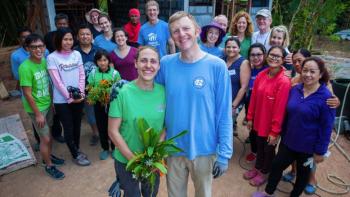 “We make a good team”

Lisa and Andy took their honeymoon to Thailand helping a local family build their home on a Global Village trip.