Affordable for good: Building inclusive communities through homes that last

Affordably priced homes are constantly lost in the United States. This can happen because of a sudden catastrophe like the Great Recession of 2007-09, which plunged millions of homes into foreclosure. More often it happens because of relentless appreciation in the value of local land and housing, pushing rents and prices beyond the reach of people of modest means.

Thousands of units of assisted housing are removed from the roster of affordable housing every year. Natural obsolescence or inadequate maintenance accounts for some of this loss. Other homes are lost through foreclosure. But the main culprit is the resale of heavily subsidized land and buildings at market prices that families of limited means can no longer afford. Affordability is allowed to disappear, along with the public and private subsidies that initially made these homes affordable.

When affordably priced homes disappear into the market, so the thinking goes, they will be easily replaced. New houses will be constructed on cheaper land somewhere else. When subsidies are lost on the resale of assisted homes, they will be generously replenished by a new round of government appropriations or a fresh fundraising appeal to private donors.

Or so it seemed. The harsh reality is that public funding for affordable housing has been dwindling for decades, and charitable giving has not been growing apace. In many communities, buildable sites have become scarcer and pricier. And the loss of affordable housing has accelerated, spurred by the expiration of short-term affordability controls on assisted housing and the gentrification of low-cost neighborhoods that once provided an abundance of housing that low-income people could afford.

Many nonprofit housing providers, advocates and policymakers have become increasingly concerned about these losses, which happen with distressing regularity in both rental housing and homeowner housing. An increasing number of communities have begun seeking a more sustainable way to invest increasingly scarce local resources. When subsidizing homeownership, in particular, a community will adopt one of two different strategies for responsibly preserving its contribution: “dollars that last” or “homes that last.” 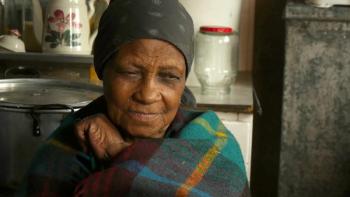 Read Habitat for Humanity’s past Shelter Reports from 2008 to 2017.