COVID-19: Housing at the Center

Housing must be at the center of our response to the novel coronavirus and in the post COVID-19 era. A blog post by Tamzin Hudson, Advocacy manager at Habitat for Humanity, Europe, Middle East and Africa

Since COVID-19 pandemic first broke out in China in December 2019, affecting over 199 countries to date, it has brought the plight of poverty, inequality and the lack of services and opportunity into the spotlight and underscored one glaring reality; access to adequate housing is yet to be realised for millions across the globe.

In times like these the measures that have been outlined as key to combatting the virus are basic services, such as water and sanitation, are fundamental to ensuring hygiene in our communities.

The figure of one billion slum dwellers is reminder of how many people live in overcrowded conditions without the very basic amenities to enable them to thrive and live in dignity. In times like these the measures that have been outlined as key to combatting the virus are basic services, such as water and sanitation, are fundamental to ensuring hygiene in our communities. These services are connected to housing and human settlements. Fragile housing conditions have underscored the inequitable access to the very resources needed to effectively combat the novel coronavirus.

In a statement released in March, The UN’s Special Rapporteur on Housing, Leilani Farha has noted that the key strategy of preventing the spread of the illness is to stay home and has urged governments to take action to “prevent anyone falling into homelessness and ensure access to adequate housing for those without”. Farha added that “Housing has become the front line defence against the coronavirus. Home has rarely been more of a life or death situation”.

A paper entitled The Housing at the Centre of the New Urban Agenda released at the 2016 UN Conference on Housing and Sustainable Urban Development in Ecuador, flagged housing affordability as a “global crisis with strong negative impact on the wellbeing of people and on the exacerbation of urban inequality.”

We know that challenging times lie ahead and our greatest fear is that it will move to places that are less well prepared; namely informal settlements. In these communities social distancing cannot be contemplated as their lives are so interwoven and form part of the social fabric that fuels community survival. Shared facilities from toilets to wells, boreholes and public transport and crowded lanes means typical prevention measures are not appropriate.

The International Institute for Environment Development sites that in the Global South, it is customary for families of up to 5 people to live in a 3x4 meter single room, shack or tenement block. These shacks are often located adjacent to each other, with a single water tap and pit latrine shared by up to 10 families. Population densities in informal settlements can be staggering; where is Nairobi, Kenya, for example, the population density in 2009 had increased by 51 per cent over a ten-year period.  In sub-Saharan Africa has also seen a decline in urban areas to piped water on the premises from 1990-2015. These are precisely the conditions that make it far more challenging to contain the virus.

Indeed, the question then becomes; what are the necessary responses?

UN-HABITAT has outlined several measures, highlighting the role of mobilizing governors and mayors to play a central role in urban areas preventing the pandemic from spreading while ensuring their cities continue to “provide food supplies, support to the most vulnerable and access to health care.” The UN agency sees that there will be a greater need for a coordinated response to engage with “urban health experts, government agencies at all levels, sanitation experts, social scientists, innovators and urban planners.”

The UN urged local governments to take critical measures such as the relocation of mobile health care clinics closer to affected communities, and the mapping of health facilities for improved access to testing and treatment. It also called on local authorities to work with community associations to improve hygiene and sanitation, offering its own expertise in water and sanitation, transport and slum upgrading, as well as facilitation through wide networks to support such measures.

Local media has an important role to play as it can promote and broadcast learnings and responses.

While now is the time for coordinated efforts at all levels of government, local knowledge needs to be mobilized to identify both shortcomings and local solutions so that good practices can be shared. Local media has an important role to play as it can promote and broadcast learnings and responses.

According to UN-HABITAT, governments should mobilize efforts to ensure adequate emergency housing to enable isolation practice, ramp up social services provision for vulnerable populations and provide safe shelter for the homeless. It must also take the necessary procedures to ensure moratorium on evictions and provide measures to support those who may not be able, in the short term, to keep up with rent and mortgage payments.  Measures must also be put in place to shore up the economy and provide support to small and micro enterprises.

HFHI statement on earthquakes in Turkey and Syria

Habitat for Humanity International released statement in response to today’s deadly earthquakes in Turkey and Syria. 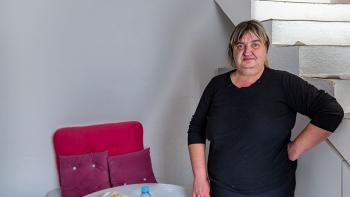