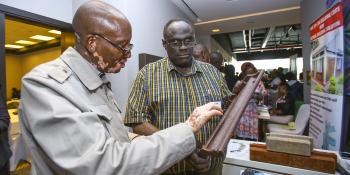 Affordable Abodes manufactures bio-composite building materials to build high-quality, low-cost housing. The company, from Malaysia, has developed a circular economy model from the production of eco-friendly building materials, while ensuring positive impact at each step in the value chain. Their flagship product is Kenafcrete, a bio-composite material made from upcycled agricultural and industrial byproducts.

With a vision of “a world where everyone can own a dignified home,” Billion Bricks uses design and technology to reimagine housing and empower everyone to be a homeowner. The Singapore-based social enterprise provides high-quality, sustainable housing solutions for the poor, including thermal insulated tents and partially prefabricated solar homes.

Gradana Indonesia is a fintech peer-to-peer lending platform started in Indonesia that focuses on property-related financing. The startup targets first-home buyers who have difficulty with affordability and saving up for down payments, supporting them by aggregating developers, agents, investors and banks, making property investments more accessible and affordable.

My Dream Home is a social enterprise addressing a chronic shelter shortage in Cambodia through the production of affordable, environmentally friendly, and easy-to-construct interlocking bricks, which are made of waste materials and abandoned soil purchased from local farmers. The company also trains homeowners and communities on the installation of their brick, which also helps to bring down construction costs.

Pounamu, based in Myanmar, believes in the “Bamboo Cycle” to integrate bamboo into the circular economy, with a focus on sustainable forestry, treatment and design and construction. The company trains communities in growing and harvesting bamboo, utilizing it as a sustainable construction material and source of livelihood and job opportunities.

Sampangan offers sustainable waste processing as a service. The company, started in Indonesia, converts waste into useful materials for the circular economy through their “Magic Box,” which uses carbonized technology to decompose waste via heat radiation. Waste goes in. Activated carbon and other organic and safe products come out.

Social Light’s Wi-Fi monetization platform, Vayafi, incentivizes internet service providers to provide services to low-income communities, which are often overlooked due to their inability to pay monthly subscription fees. The Philippines-based company partners with providers to set up the infrastructure in communities to deliver cheaper, reliable internet that is also offered for free in exchange for plastic waste.

TapEffect, started in Cambodia, focuses on rural communities as the first and hardest hit by the global water crisis. They do this by implementing and operating piped water systems in these rural, hard-to-reach areas, minimizing costs and supporting limited on-site capacities with appropriate technologies and technical assistance.

Consolida delivers an integral housing solution to vulnerable family groups living in deteriorated houses. The company was founded in 2014 in Chile and the team has worked on the design and construction of small and standardized condominiums with high standards of constructive, thermal and environmental efficiency, as well as in the regeneration of the pericentral neighborhoods.

FORTTECH is a technology-based company that offers professional and affordable consulting through augmented reality and virtual technology tools, as well as its WIIF application, through which they connect people with consultants, designers and builders to offer remodeling, project execution and visualization services according to people’s needs. The company was founded in 2019 in Colombia.

Fika was founded in 2020 in Colombia from the desire to materialize people’s dream of having their own home. Fika offers a digital experience to help people save for the down payment to buy a property, through a customized saving and investment plan, continuous support along the process, keeping the customer motivated, and building connections with real estate options in the market.

HOBE was founded in 2018 in Chile, developing a mobile modular shelter for emergencies and people experiencing homelessness. These cabins are transportable, can be sanitized, and allow for guests to have privacy and comfort. In the medical area, the company offers a cabin that allows proper rest for healthcare workers with the possibility of self-cleaning after every use. Today, the team seeks to help healthcare workers who fight against the spread of COVID-19.

Litro de Luz provides solar public lighting and Wi-Fi for low income communities. Established in 2011 in Colombia, the company promotes the development and inclusion of communities through three products: ELISA, a solar pole built from plastic bottles, solar panels, and a battery; ELIoT, an intelligent solar pole designed with the highest standards of the LED industry; and LIFE, a light and internet service.

Mutuo seeks to positively influence the situation of self-built housing in Peru through the collective integration with architect communities. Founded in 2016 in Peru, the company offers a platform of technical assistance and financial planification that invites citizens to become aware of their environment and get involved in the construction process to improve the living conditions of the less favored sectors.

Terroformaciones was founded in 2020 in Ecuador. The company is centered in the production of an ecological brick based on stabilized soil and cement. Its cost is less compared to a ceramic brick and it offers superior features since it is friendly to the environment and very resistant, complying with the NTE INEN standards, which allows for the construction of earthquake-resistant houses.

Tierra Grata was founded in 2015 in Colombia to find a solution to the problem of lack of basic home services in the most vulnerable communities in the country. Today, the company has intervened in 10 communities and installed more than 200 low-cost and easy-to-install social technologies related to energy, water and sanitation, improving the quality of life in rural areas.

uHomie was founded in 2019 in Chile as a marketplace for landlords and tenants, allowing for a faster, cheaper and more efficient rental process for both parties. Its digital leasing process is easy and safe and promotes minimizing the rental steps through smartphone use. The company wants to close the access gap to affordable and dignified housing by reducing the high commissions and extensive processes before signing a lease contract.

Zilper Trenchless develops technology and machinery to install pipes without digging a trench, improving water access and sanitation in communities. The company started out of the Massachusetts Institute of Technology (MIT) in 2018 and has presence in Colombia. Its versatile and cost-efficient trenchless solution is designed to install a wide range of metal casings diameters under most soil conditions, without significant investment in downhole tools or cutting heads.

Key industry sponsors provide access to technical mentorship and other resources for startups.

Cary Evert led Hilti’s North America operations as president and chief executive officer, overseeing businesses in the United States, Canada, the Caribbean and Guam. Prior to this role, he served as president of Hilti Latin America, vice president of sales for Hilti Canada, and president and representative director of Hilti Japan.

Laura joined Credit Suisse in 2010 as head of the Microfinance Capacity Building initiative. Before that, she worked in strategy consulting at Booz & Co. and for a number of private- and public-sector players in the fields of microfinance, financial technology, social enterprise and education.

New Venture Partners is the venture capital firm formed as a result of the spinout of his business at Lucent Technologies. Before New Venture Partners, Tom was senior vice president of corporate strategy, business development and public affairs at Lucent, and at AT&T he was vice president of corporate development, in charge of merger, acquisition and divestiture activity.

Alejandro “Alex” Krell is a managing director and partner of Paladin Realty Partners, where he leads the firm’s activities in Latin America, excluding Brazil and Mexico. He serves on the firm’s investment committee. A native of Uruguay, Mr. Krell has three decades of management and real estate development experience, including senior executive positions at some of the largest residential development and construction firms in the world.

Since our launch in 2017, ShelterTech has accelerated 29 startups in three continents. Our cohorts reflect the diversity and scale of opportunities in the affordable housing space. 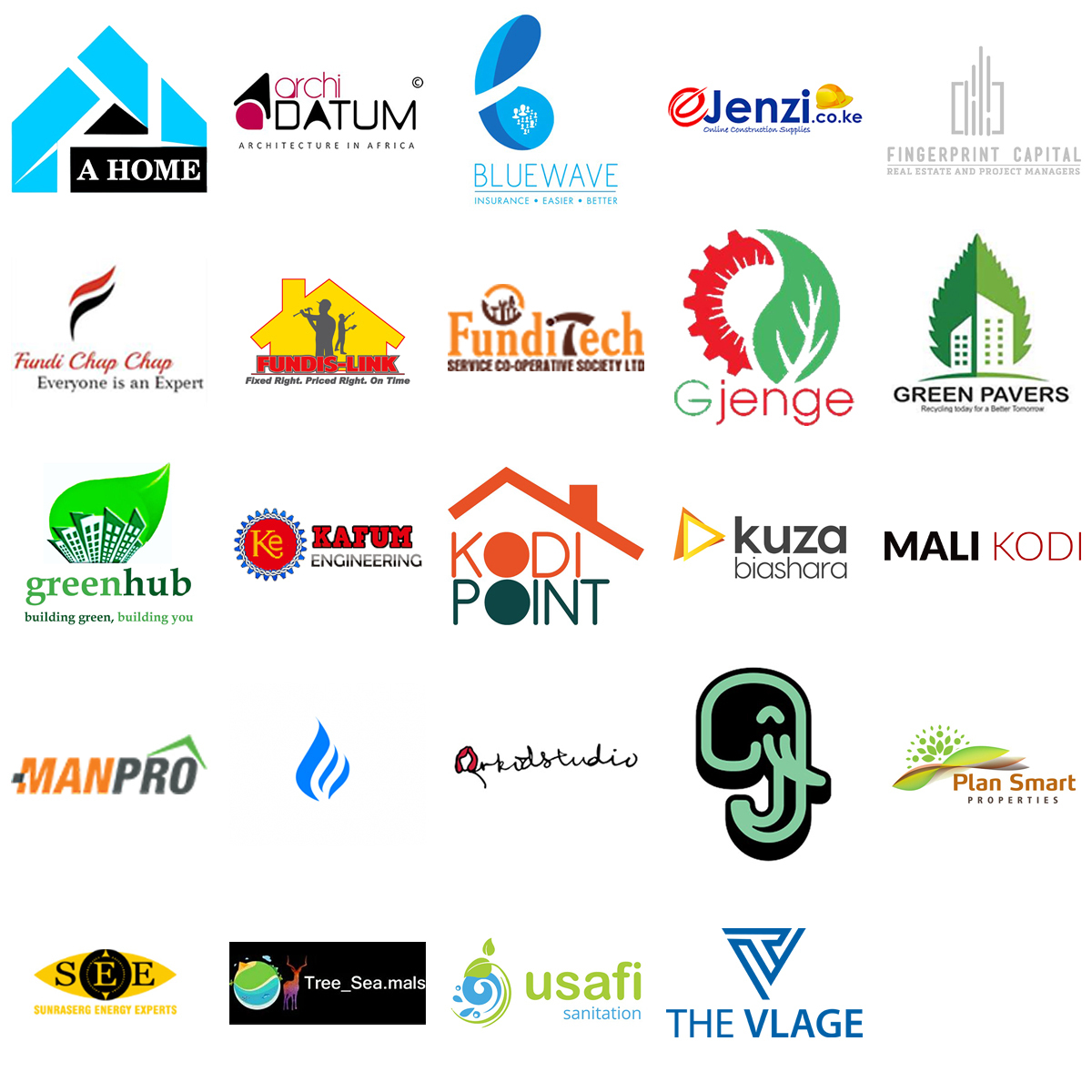