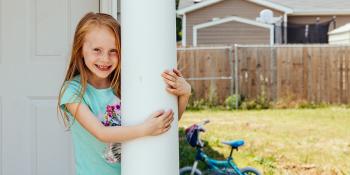 Safe, affordable housing is out of reach for far too many people around the world.

Every day, more families find themselves in a struggle to keep a decent roof over their heads. Caught in punishing cycles of unpredictable rent increases, overcrowded conditions, or lack of access to land and affordable financing, these families live with a constant burden of stress and fear.

Helping families leave that cycle behind is why we build. When a family can create a decent place to live that’s affordable, everything can change – and so much change is so desperately needed.

A housing affordability crisis in the U.S.

Nearly 12% of Americans live in poverty, according to the U.S. Census Bureau. A family of four with an annual income of less than $26,200 is considered to be living below the poverty line.

The National Center for Children in Poverty reports that one in five children lives in a family who resides in extremely poor conditions.

Due to a shortage of affordable and available housing in every state, many lower-income households spend more on rent than they can afford and sacrifice health care, food and other basic necessities.

Tremendous housing need around the world

One in 10 people lives on less than $1.90 a day, the international threshold for extreme poverty, according to the World Bank. In 2018, an estimated 8.6%  of the world’s population was living in extreme poverty.

More than 70% of the world’s population lack formal documentation for the land on which they live. Proper documentation gives families a more secure home and greater financial independence.

As more of the world’s population moves from rural areas to cities, low-income families are the first to be evicted and pushed to the edge of cities into unplanned slums.

Overcrowded, substandard housing poses a risk to the health and physical well-being of families and their neighbors and facilitates the spread of infectious diseases, such as tuberculosis, hepatitis, dengue fever, pneumonia, cholera and malaria, according to the World Health Organization.

The United Nations estimates that the global population will reach 8.5 billion by 2030, with almost 60% of the population living in urban centers. An estimated 3 billion people will need new housing and basic urban infrastructure by 2030.

The difference a decent and affordable place to live can make

The United Nations has found that there is a strong correlation between improved housing and poverty reduction.

According to a report by InterAction, when people have access to affordable shelter, they have more income to spend on repaying debts, medical fees, school expenses and basic household items.

The house and neighborhood where one grows up has been shown to impact health and longevity.

Safe and stable housing is essential to the healthy growth of children, says the Foundation for Child Development.

A study published in JAMA Pediatrics found that housing affordability is linked to a child’s health and well-being. Investing in affordable housing has a measurable impact on children’s health outcomes well into adulthood.

Affordable housing enables people to pay for other basic needs such as utilities, food and medical care. It also increases the amount families can put toward savings for the future.

Homeownership has been linked to a general willingness to work together with one’s neighbors to achieve a common goal, has been associated with a reduction of violent crimes in neighborhoods and has been found to spark greater civic participation, according to “A Place Called Home: The Social Dimensions of Homeownership.”

A stable home and academic achievement are linked. Children who change schools as their families move in search for more affordable housing can struggle to keep up academically. According to a University of Pennsylvania study, average student reading achievement decreased 4.43 points with one school move, 6.75 points with two moves and 6.96 points with three moves.

How Habitat is making an impact

Affordable homeownership fosters the skills and confidence they need to invest in themselves and their communities. The outcomes can be long-lasting and life-changing.

With your support, we have helped more than 46 million people build or improve the place they call home since our founding in 1976.

We work in many ways: new construction, repairs to existing homes, small loans for incremental building and home improvements, help establishing title and ownership to land, advocacy for better laws and systems, market development, and more.

Families partner with us to acquire the access, skills and financial education necessary for them to improve their living conditions and repay an affordable mortgage or loan. In doing so, they seize the opportunity and possibilities that decent, affordable housing represents.

Through shelter, we empower. 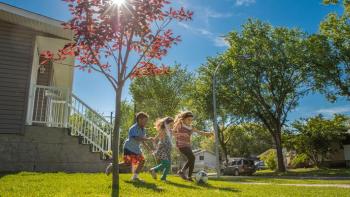 By partnering with Habitat, families and communities transform their lives with the incredible effects of safe and affordable shelter, including improvements in health, safety, child development, economic opportunity and educational opportunities. 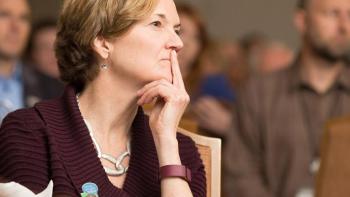 Learn more about what advocacy is, why advocacy is important and the ways Habitat for Humanity is advocating for safe, affordable housing.