What is a slum?

a look into Khayelitsha, one of the world's biggest slums

In episode 3 of our podcast series, we talk about informal settlements in Africa with Charles Witbooi, Program Head for Advocacy and Volunteering Engagement at Habitat for Humanity South Africa.

The first very important point Charles clarifies is the term “slum” itself. In South Africa, “slum” is not used due to its political implications. The country’s past was marked by Slum Clearance Acts, which were used by the government to evict people who lived in poor conditions. For this reason, the preferred terms are “informal settlements” or “squatter camps”.

As in other parts of the world, despite the different terms, what they describe is areas where people live in temporary households and without basic services. However, the degree of poverty varies from one settlement to the other; some of them have rudimentary services – shared toilets or electricity – some have none.

In South Africa, the origins of informal settlements can be traced back to the years of segregation. In those days, the population was segmented according to official racial groups which all had their own geographical area to live in.

After 1994, the year when segregation ended, and the country opened to the world. Black South Africans, who until then had been cut out of key areas of the economy, had the chance to get job opportunities and move freely, often closer to big cities. As a result, the number of informal settlements around urban areas grew quickly.

As of today, the biggest squatter camps are indeed located around metropolitan cities, such as Johannesburg, the centre of economic life, Soweto, or Cape Town, Khayelitsha.

The latter for example, Khayelitsha, is a suburb of Cape Town, which features a variety of different living conditions: from formal housing with decent economic opportunities and even some basic services to areas where services are very limited, with no access to running water or electricity.

In addition, in the Cape Town area, informal settlements are often located 30-35km or more from the urban core, which is the centre of all economic activities. Therefore, people can really find themselves marginalised in many ways. Being so isolated, these areas often do not represent a pleasant or safe environment, especially for women and children.

The housing diversity in settlements such as Khayelitsha is mainly due to the policies of last 27 years. Since then, the government has been giving free housing to those eligible. However, the process often takes longer than expected, and many have been on a waiting list for years.

Since there is no money to acquire a house on the market, most people have no other alternatives than keep living in informal, temporary settlements while hoping and waiting for the next housing project to improve the quality of their lives.

What people living in squatter camps all tend to share is a life on a very low income. However, the reasons why they chose to live there can be different for each community. In the metropolitan areas, for example, most people came from rural areas – where there are less opportunities – in order to find a better job, better education for their children, or simply better social services, and live in temporary housing in the meantime.

As much as we like to feature success stories of the people we support, however, not many South Africans living in those conditions have to opportunity to make it and improve their life conditions, which is why our work with these communities is so critical.

The current pandemic has highlighted the core of the issue: shelter. When people have access to proper housing, hygiene can be preserved, and distancing or self-isolation can be easily put into practice, so that is the starting point for a change.

The process, according to Charles Witbooi, should be driven by the government but should have all actors – NGOs, local communities, companies – actively involved, each playing their own role but all working together to achieve a common goal – improving the life conditions of the informal settlements’ dwellers.

In Charles’s opinion, a home is a place where a family can live together in a secure environment, with sufficient space and, most importantly, with dignity. A place that allows children to go to school and study safely, so that they can improve the quality of their lives in the future, if compared to previous generations. This is what all housing projects should be based on: the promise of a place one can become proud owner of and, finally, the transformation of that promise into a reality.

<Go back> <Next Episode>

Learn more about
South Africa
Share this page on your:

Equality in an unequal society

Episode 4 brings up the issue of gender equality. We take a closer look at customs and traditions in Lesotho. Stories of women evicted from their homes are typical in many communities in this country. Fungai Mukorah, national director of Habitat for Humanity Lesotho,  walks us through women’s experiences and their fight for shelter. 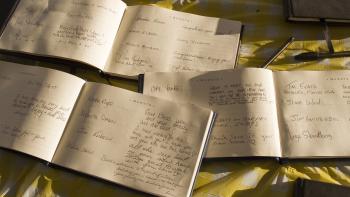 Episode 5 is driven by young enthusiasts. Linus Wahome, founder and CEO of ManPro Systems Ltd, shares his childhood and school memories . As a family of three tried hard to provide best conditions for their children, Linus and his siblings had to share one candle while doing their homework. Fortunately, this story has a happy ending. 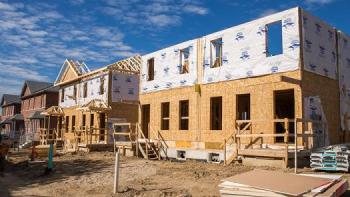 Does the right to housing exist?

Episode 1 welcomes listeners to the world of housing. Architect Esben Neander Kristensen, Director at Gehl, explains the difference between home and housing, discusses the right to housing, and provides insights into how the COVID-19 pandemic changed our perception of home. This episode opens the first season of Home Sapiens.

Episode 2 explains that not everyone in the world has access to clean drinking water. In Zambia, many families are challenged every day to survive. Mathabo Makuta, national director of Habitat for Humanity Zambia, discusses problems with access to clean water and water borne diseases.